Anhui woman kneels down in public, begs suitor to give up after 5 years of wooing her 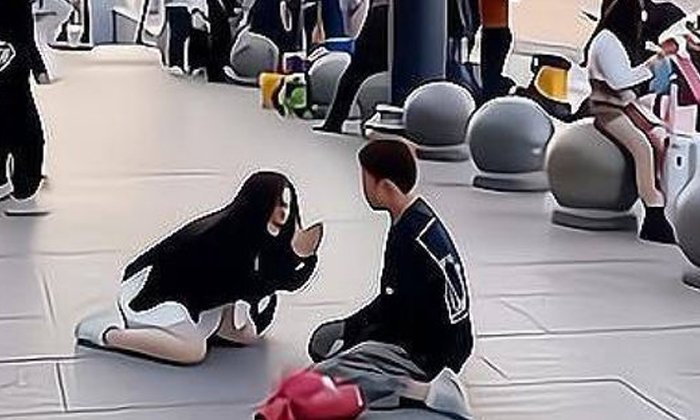 Since young, we have been taught to believe that we will be able to achieve our dreams with enough hard work and perseverance.

But is persistence really key? Not always.

A video of a woman publicly begging a man to give up on wooing her has recently sparked heated debate online.

The video shows both of them kneeling down on the streets of Anhui, China.

The woman can be seen kowtowing and pleading with the man animatedly with both her hands out in a praying gesture. She also throws a bouquet of flowers back at him.

According to eyewitnesses, the man has been pursuing the woman for five years and would constantly confess his feelings to her.

She finally reached her breaking point, leading to the events in the video, during which she also begged for him to "let me go".

According to ETtoday, the video has generated mixed reactions from netizens.

Some criticised the man, with one user quoted as saying: "This man has been rejected by the woman for five years. Why is he still pestering her? She definitely doesn't want to be with him, it's so obvious, what's the point of forcing her?"

One also pointed out that love is between two people and that while we have the freedom to love who we love, we should not bring trouble into the other party's life.

However, some felt that the woman should give the man a chance.

They said that five years of persistence is touching and that the pair could break up if they were indeed not compatible, which would allow the man to finally give up.