Ang Mo Kio Sec: Students who had 'MMA showdown' in toilet have been counselled and disciplined 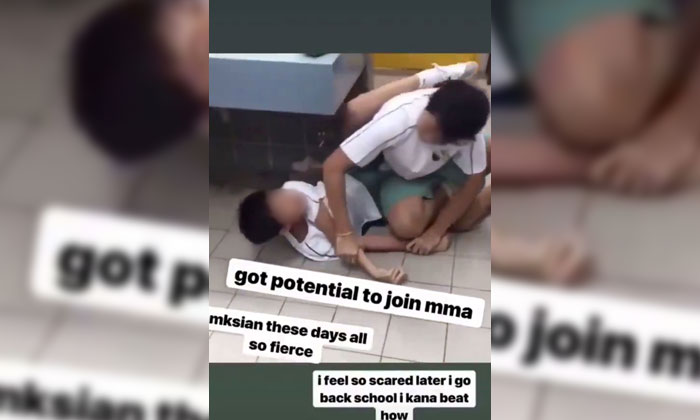 Two Ang Mo Kio Secondary School students who were caught on video fighting in a school toilet have been counselled and disciplined, the school's principal told Stomp.

Stomper Fyan alerted Stomp to the incident and shared the video of the boys fighting that was posted on @netizensofsingapore's Twitter feed.

In the video, one of the boys is seen pinning down the other.

The smaller boy appears to spit at the one holding him down, causing him to retaliate by smacking his head. 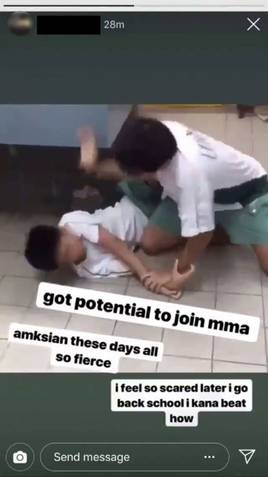 In the background, other students can be heard cheering them on.

The caption on the video which appears to have been ripped from an Instagram user's Stories reads: "Got potential to join MMA.

"AMKsian these days all so fierce.

"I feel so scared later I go back I kana beat how."

Fyan told Stomp he was concerned at the bullying displayed in the video.

"A student was getting beaten up by another student in the school toilet," he said.

"I hope you publish this to raise awareness on bullying."

"The school is aware of the incident and has taken action to counsel and discipline the students.

"We are also working with their parents to help the students learn from the incident."