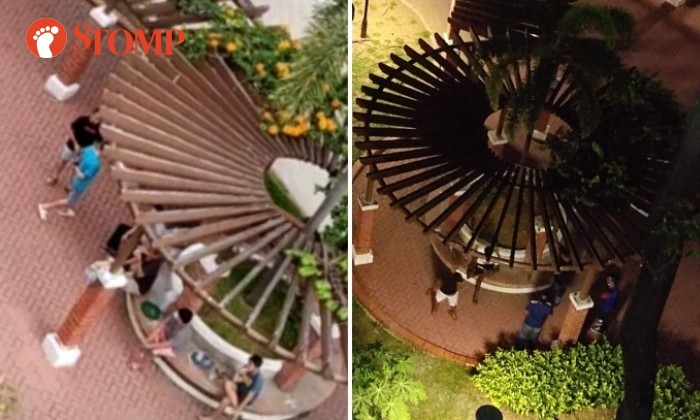 When Stomper Jeannie saw residents gathering in large groups to smoke, drink and even bird-watch, she knew something had to be said.

Jeannie informed Stomp about this common occurrence on Oct 23 and shared photos and a video of what she saw.

In the video, which was taken Oct 22, people can be seen hanging around the sheltered area as music blasts in the background.

"These people have been gathering to smoke and watch their birds in cages for more than a month now," Jeannie said.

"It is always the same group of people gathering to bird-watch.

"They also gather in groups of more than five people and at least two people will be smoking near the childcare centre, which is right behind them.

"Are they supposed to smoke so near a childcare centre?"

She also shared photos of residents gathering on Oct 19 at 10.40pm and mentioned that they would often gather until midnight. 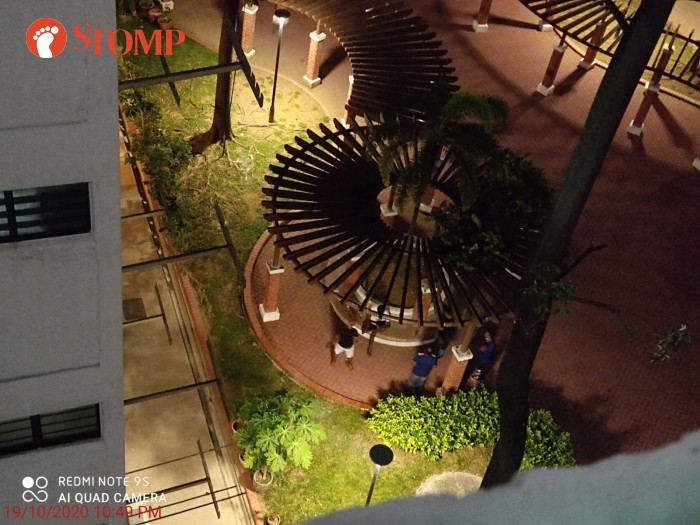 "This is a common sight at night where people gather, again in groups of more than five, to drink and talk loudly," Jeannie added.

"This area is a favourite hotspot for smokers and drinkers as the coffee shop nearby closes at 10.30pm.

"I really want to highlight this problem in my neighbourhood. Everyone thinks we are out of the woods when we are still in the middle of a pandemic. We must still remember to stick to the safe distancing measures.

"Smoking is also a big issue in my neighbourhood. People smoke near the childcare centre, at the common corridors, and at the coffee shop.

"The worst part of it all is that they just throw their cigarette butts to the floor."

Jeannie added that she has reported this on the OneService App.

In response to a Stomp query, a spokesman for Ang Mo Kio Town Council said: "We are aware of the situation and have put up advisories at the affected area and blocks in that vicinity.

"This is to remind residents to adhere to safe distancing measures and not to litter at common areas so as to keep the neighbourhood a clean and safe environment for everyone."

The spokesman added that the town council is working closely with the relevant government agencies on this feedback.