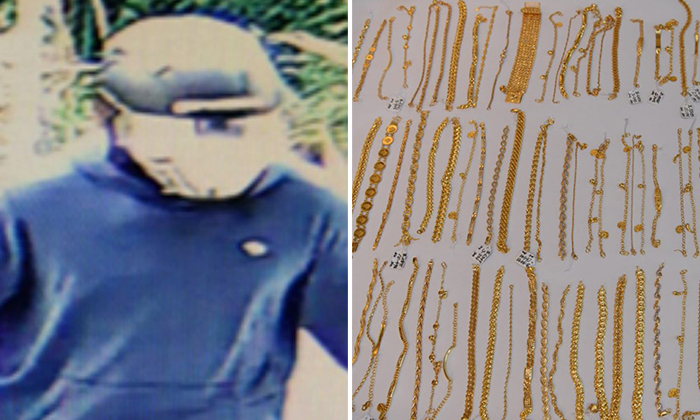 Three men have been arrested for their suspected involvement in the robbery of a jewellery shop at Block 574 Ang Mo Kio Avenue 10.

It was previously reported that about $100,000 worth of jewellery were taken in the incident on Wednesday (Aug 14). No weapon was used and no one was injured.

The loot has since been been recovered and three suspects have been arrested, said police on Friday (Aug 16). They are aged 27, 31, and 36.

One was nabbed within 15 hours and the other two was caught within 36 hours.

All three men will be charged in court with robbery with common intention and if convicted, face up to 10 years in jail and up to six strokes of the cane.

Deputy Director of the Criminal Investigation Department and Senior Assistant Commissioner of Police Lian Ghim Hua said: "This is a brazen robbery committed in broad daylight.

"The main robbery suspect went to great lengths to conceal his identity to evade detection and arrest. Despite that, the meticulous police work and the coordinated efforts of officers from various SPF units resulted in the arrest of all three suspects within 36 hours and the recovery of the loot.

"The suspects had displayed a blatant disregard of the law in Singapore. The police will spare no effort in pursuing such criminals and bring them to justice.”