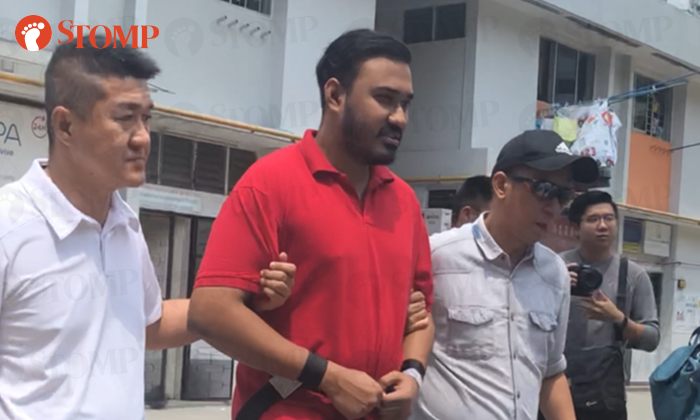 One of the three accused was taken back to a jewellery shop at Block 574 Ang Mo Kio Avenue 5 after they allegedly robbed $100,000 worth of jewellery in the incident on August 14.

In a statement made by the police on Friday (August 16), three suspects, aged 27, 31 and 36, were arrested and the loot has since been recovered.

On Wednesday (August 21) at about 2pm, an Investigation Officer (IO) arrived at the scene with one of the three suspects, M. Jegatheesh.

In a Stomp video, the accused, who is in a red top, alights from a vehicle with the IO and proceeds to the jewellery shop, Hock Cheong Jade & Jewellery.

According to The Straits Times, Jegatheesh was charged with robbery on Friday (August 16) while the two other alleged accomplices was charged in court on Saturday (August 17).

ST also mentioned that Jegatheesh is being remanded at the Central Police Division and he will be back in court over the robbery charge on Friday (August 23).