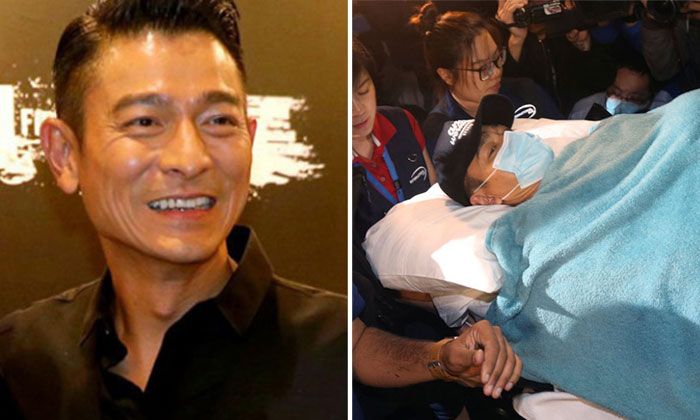 Veteran Hong Kong actor Andy Lau may be recuperating in hospital after being thrown off a horse in Thailand last month but he found a way to show appreciation to his family over Chinese New Year in his own special way.

Known for protecting the privacy of his family, the actor used emojis to express 'birthday' wishes and thanks to his family on the 7th day of Chinese New Year, which is regarded by the Chinese to be "everyone's birthday".

He typed out emojis for "flying kiss" and "love" and also thanked them for being close to him despite the bad times - if we interpreted his emojis correctly.

In his last line, he wrote that he was"okay" before peppering it with symbols that seem hard to decipher before signing off with his famous nickname "Wah Zai".

Earlier on the eve of Chinese New Year (Jan 27), he appeared in a video, which seems to have been produced before the accident, to wish fans a happy holiday.

The actor was injured after being trampled on by a horse during a film shoot for a tea commercial in Thailand.

Doctors have advised him to remain in hospital for another six to eight weeks before he is well enough to discharged.

Regarded as one of the '4 Heavenly Kings' in Chinese showbiz, the actor had told singer Alan Tam in jest last month not to make him laugh when he visited him as it would hurt.