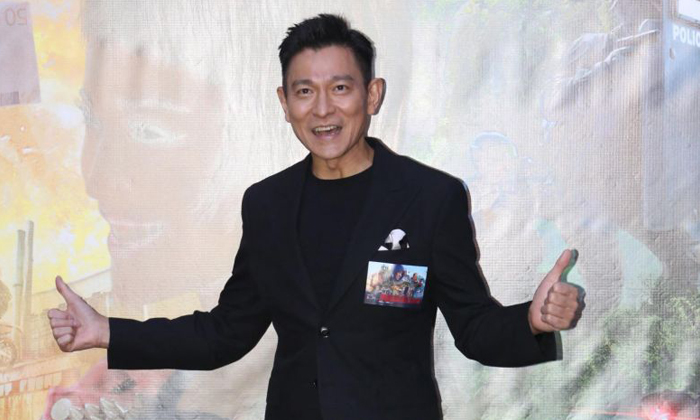 You do not want to waste Hong Kong superstar Andy Lau's time on a movie set.

He is a dedicated professional who expects everyone to get their act together.

China Press reported that the busy actor got into an altercation with Chinese actor Xiao Yang on the movie set of Sheep Without A Shepherd.

Apparently, Lau, 58, was not happy with Xiao taking too long to have his makeup done to the latter's satisfaction.

Production crew reportedly had to step in to break up the confrontation between the duo.

Lau honed his skills working in Hong Kong where the work pace is hectic.

It is not uncommon for actors, who are in demand, to juggle two, and even three, shoots at the same time.

Xiao has since gone online to quell the rumours of a rift with the Heavenly King.

Noting that Lau is an icon in the film industry, he said he is "extremely grateful to have an opportunity to be in the same production as he is".

He rubbished speculation that he had behaved "as a diva in front of a superstar".

The producers of the movie also issued a statement to deny any dispute.

It is not known if Lau is taking a cameo role as a just-released trailer does not list his name.

The actor, who recently held concerts in Singapore in September, is more choosy with job offers now, preferring instead to spend some time playing producer to help develop the Hong Kong film industry.

Related Stories
Hardcore fan regrets obsession with Andy Lau that led to her father's suicide in 2007
Andy Lau upset as investors are more worried about losing money than his health
Andy Lau says he hid marriage to protect wife, admits to being a bad lover
More About:
Andy Lau
entertainment
celebrity