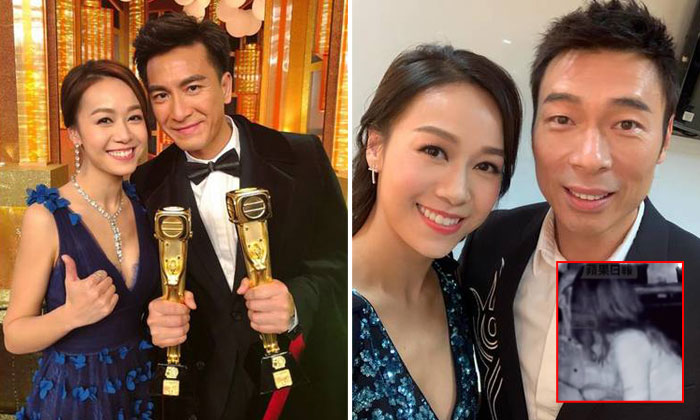 Hong Kong actress Jacqueline Wong has apologised after she was caught in a cheating scandal with singer-songwriter Andy Hui.

The 30-year-old TVB actress and former Miss Hong Kong first runner-up wrote on Instagram on Wednesday (April 17) that what she had done was wrong and unforgivable and she sincerely apologised to everyone who has been affected and hurt by the incident.

“I can’t face myself and do not know how to face my family, Kenneth Ma, friends, company and colleagues... I don’t dare to ask everyone for forgiveness, and only beseech everyone to give some space to all the people who have been implicated,” she wrote in Chinese.

Wong and actor Ma have been dating for close to four years. The 30-year-old TVB actress and former Miss Hong Kong first runner-up was caught on camera holding hands and kissing Hui in the back seat of a taxi, in a scandal that broke on Tuesday. Hui has been married to singer-actress Sammi Cheng since around 2014.

Ma is reportedly planning to break up with Wong.

According to Hong Kong's Oriental Daily News, Ma and Wong have met each other's parents officially and have also attended their friends' activities as a couple.

However, sources said that Ma's family and good friends have only a so-so impression of Wong, with some of them even warning Ma to be careful of her.

The sources said the 45-year-old actor did not heed their advice as he was deeply in love with her, but he was said to have given up hope after the scandal broke and has decided to break off their relationship.

About the same time the scandal came to light, Ma posted photos of himself with his co-stars in the upcoming TVB serial The Exorcist's Meter 2.0 on Weibo, with the caption "Hard at work".

He told the media on Wednesday: "I feel that in this world, apart from Hui's wife, actually no one has the right to say anything."

Ma said he no longer felt angry but was instead worried about the people implicated in the scandal. He added that Wong knew that she had done wrong.

Oriental Daily News also reported that TVB was disappointed with Wong over the scandal. The top management of the Hong Kong broadcaster held an emergency meeting on Tuesday and made the decision to put her career on hold with immediate effect. Wong is on a long-term management contract with TVB.

Wong has completed filming the period drama The Maid Alliance and police drama Forensic Heroes IV, but it is not known if the screening of the two TVB serials will be put on hold after the scandal.