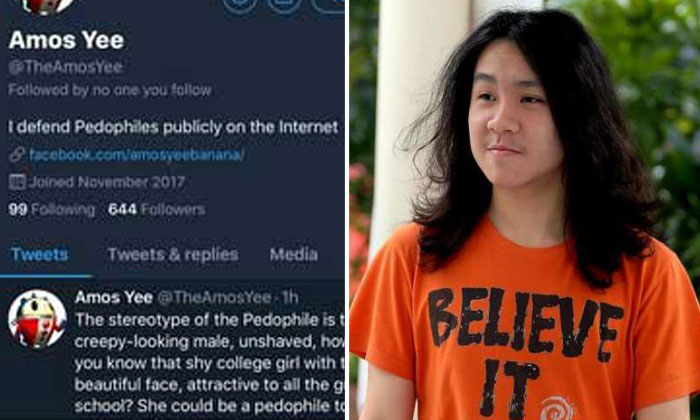 This comes after his YouTube and WordPress accounts were banned and his Patreon account (a fund-raising platform) was disabled.

At the moment, his only social media avenue is his Instagram page.

The 19-year-old previously made headlines after he was granted asylum in the United States last year following a 55-day jail sentence in Singapore for uploading videos containing offensive words and gestures towards Christians and Muslims.

According to The Daily Mail via Business Insider Singapore, Yee's Twitter ban was implemented on Saturday (Dec 8) after several users reported his tweets.

The latest included a photo of a young girl posted on Thursday (Dec 6). 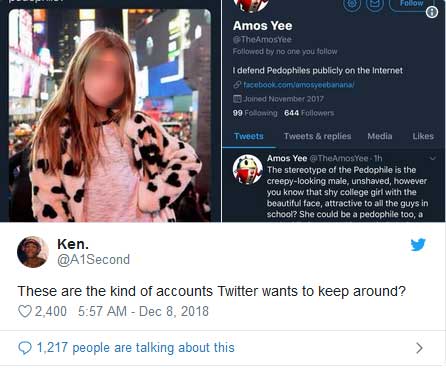 His Twitter biography read: "I defend paedophiles publicly on the Internet."

According to AsiaOne, his last post was uploaded on Sunday (Dec 9).

A supposed reproduction of the post on Reddit showed Yee was recruiting new members for his "pedo-friendly" server. 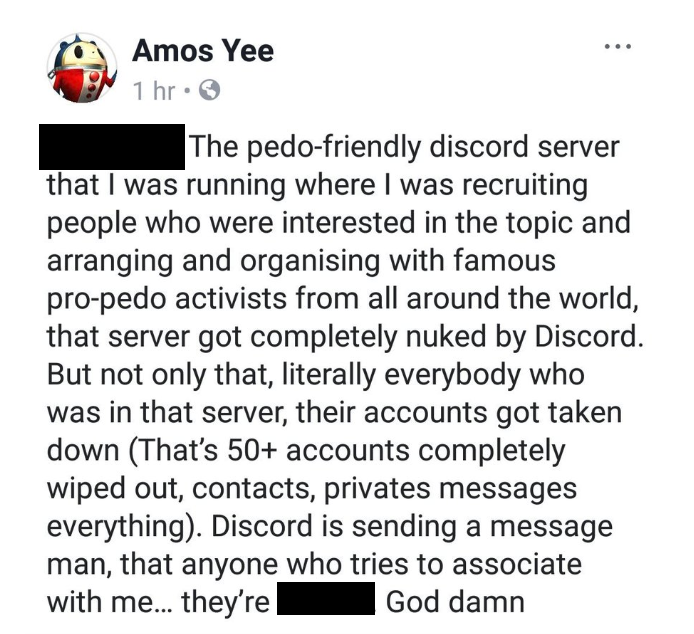 This resulted in it being taken down in May. 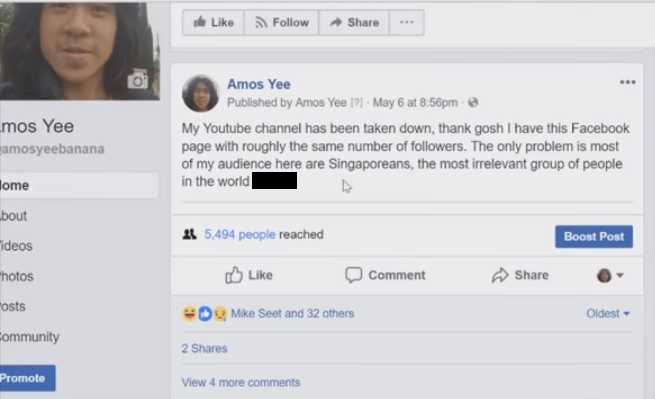 In the videos, Yee claimed sexual abuse is determined by consent, not age, and society’s "inhumane" discrimination of paedophiles has led some of them to commit suicide.

I used to watch Amos Yee when he first came to notoriety but after he started advocating for pedophiles, thats when I dropped that "man" with the quickness

Others hope he will be deported back to Singapore.

I wonder if the judge granting asylum to Amos Yee regretted their decision. What a vile lil thing. I dont wish him to any country.

Related Stories
Amos Yee freed after US Immigration Appeals Board upholds his asylum application
Amos Yee speaks from US jail: He is crowdsourcing for $10k to fund his legal fees and life in America
Amos Yee shouts for help after guy grabs and holds on to him at Jurong Point -- but no one intervenes
More About:
Amos Yee
controversy
banned
social media