Aloysius Pang's death due to lapses of all three servicemen in howitzer cabin: COI 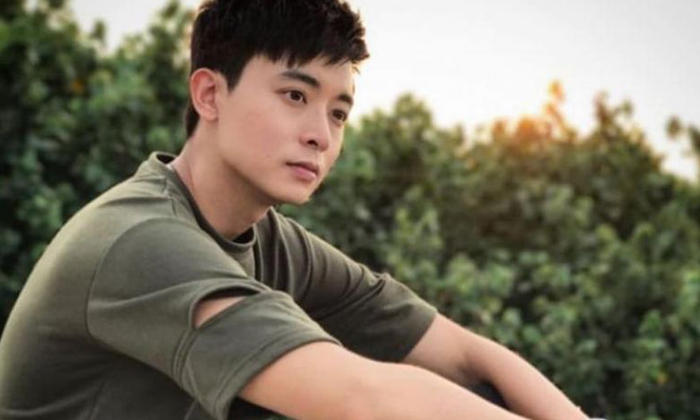 Only three soldiers, including the late Singapore actor Aloysius Pang, were present in the cabin of an artillery gun that was being rectified on Jan 19 this year, and each of them committed safety lapses that eventually led to his death, an independent Committee of Inquiry has found.

Among the breaches committed by the three of them, including the gun commander and a regular technician, was the failure to follow a strict requirement that everyone must be in safe positions during the movement of the gun barrel.

The regular technician also did not ensure the gun barrel was locked before starting the maintenance work of replacing the interface card found in the cabin.

Revealing the findings of the COI in Parliament on Monday (May 6), Defence Minister Ng Eng Hen said: "It is sad but undeniable that the direct cause determined by the COI that resulted in the death of CFC (NS) Pang was preventable had there been compliance to safety rules.

"It was not for lack of knowledge of these rules or inexperience of personnel working on the SSPH (Singapore Self-Propelled Howitzer) gun."

The five-member COI, chaired by a State Courts-nominated judge, was set up on Jan 25 to investigate the circumstances of Corporal First Class (NS) Pang's death after he sustained serious injury during a live firing exercise called Thunder Warrior in New Zealand.

His death on Jan 23 was the fourth reported since September 2017, following four preceding years of zero fatalities related to training and operations in the Singapore Armed Forces (SAF).

It had sparked a public outpouring of grief, and led to renewed criticism about training safety in the SAF.

Giving fresh details into the incident, Dr Ng said that on Jan 19 CFC(NS) Pang, 28, had responded to a call to conduct corrective maintenance on the Singapore Self-Propelled Howitzer (SSPH).

Since he could not fix the gun, whose bearing was beyond the allowable error, a regular technician was despatched to rectify the fault.

The gun was required to be lowered to the standby position. The technician asked CFC(NS) Pang to move out of the way of the gun barrel inside, but he declined and said that it would not hit him.

The gun commander saw that CFC (NS) Pang, who was an armament technician on reservist duty, was still standing near the gun barrel's end, but continued to lower it, flouting safety rules.

CFC (NS) Pang initially made no attempt to move away, but started making some evasive movements as the barrel moved closer to him. The regular technician was shocked to see him still in the path of the gun, said Dr Ng.

When the barrel began to make contact with CFC (NS) Pang, the gun commander and a regular technician responded irrationally instead of pressing the emergency stop buttons.

The regular technician tried to stop the barrel with his hands, while the gun commander tried to do so using the main control screen, but their actions did not stop CFC (NS) Pang from being wedged between the barrel and cabin's interior.

Although the gun commander with the rank of Third Sergeant had shouted "standby, clear away" and the regular technician had told CFC (NS) Pang to move away, both of them did not ensure that he was in a safe position before lowering the barrel.

The regular technician, who had been in service for more than 16 years, with eight years of working experience on the SSPH, also did not ensure that the gun barrel was in a locked position before starting maintenance work to replace the interface card in the box he was working on with CFC (NS) Pang.

Instead, the regular technician, who held the rank of Military Expert 2, had started to dismantle the mountings on the box even though the gun barrel was not in a locked or standby position.

Other than CFC (NS) Pang, the other two servicemen were not named.

Dr Ng noted that although CFC (NS) Pang’s death occurred in New Zealand and therefore falls under their state jurisdiction, no inquiry was directed by the New Zealand Attorney-General in this case.

The matter is now being looked into by the SAF Special Investigation Branch, which has nearly completed all its investigations and will report directly to the Chief Military Prosecutor to decide if any serviceman will be prosecuted in military court for offences related to the death, said Dr Ng.

The Chief Military Prosecutor is a senior legal officer deployed to Mindef by the Legal Service Commission headed by the Chief Justice.

“In the meantime, servicemen under investigation are reassigned to administrative duties, and if found to have been culpable, will be charged and punished accordingly,” Dr Ng added.

He also said that the COI has no mandate to determine the culpability of individuals, and that no statements made to the committee shall be admissible as evidence in the court martial or for any subsequent disciplinary proceedings.

The COI comprised five people, none of whom were employed by Mindef or the SAF. It was chaired by a State Court-nominated judge, and included a consultant medical specialist and a senior-ranked national serviceman.

After interviewing more than 20 people, and reviewing documents and manuals related to the incident, it found no evidence indicating that CFC (NS) Pang’s death involved foul play or was caused by any deliberate acts.

The COI also established that there was no mechanical fault with the gun that had directly caused the accident. The SSPH guns were certified fit for firing both in Singapore and in New Zealand before Exercise Thunder Warrior, said Dr Ng.

The SSPH was commissioned in 2003, and before the incident in January, there had not been any reported injury of servicemen due to the gun being lowered for maintenance, or when operating in or firing the SSPH.

A raft of measures have been implemented by the SAF, said Dr Ng, to strengthen personal ownership of safety and enhance safety for maintenance-related training or tasks.
These include adding markings to indicate safe and hazardous areas in the SSPH, implementing drills on the use of the SSPH’s emergency stop buttons before operations and training, and a ‘Think-Check-Do’ drill for all soldiers doing maintenance work.

CFC(NS) Pang, who started his full-time national service in Oct 2008, had attended several courses and training, graduating with an overall ‘A’ grade from the Armament Basic Technician Training (Turret).

“He was also professional when executing his tasks and was seen by his superiors as someone who would not cut safety corners when working,” said Dr Ng.

The SAF has updated CFC(NS) Pang’s family on the COI’s findings, as well as the actions take to deal with lapses and prevent recurrences.

“CFC(NS) Pang was by all accounts a motivated and competent soldier who was well-liked and trusted by his peers. He cared deeply for his fellow soldiers. The loss of a good soldier like CFC(NS) Pang is deeply grievous to us,” added Dr Ng.