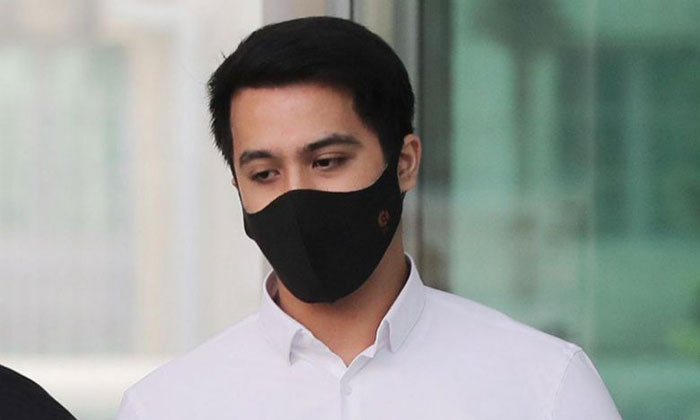 In need of cash, actor-singer Mohamad Aliff Aziz opened an Indonesian actress’s handbag in her hotel room while she was resting to steal $300 and one million rupiah (S$94) in cash from her.

The 29-year-old Singaporean pleaded guilty on Friday (Aug 7) to one count each of theft and behaving in a disorderly manner in public. A second theft charge will be considered during sentencing.

In the current case, Aliff had met Ms Raja Yunika Perdhana Putri, 32, in her room at the Studio M hotel in Nanson Road near Havelock Road at around midnight on June 7 last year to discuss how she could help further his singing career in Indonesia.

At around 1am, Ms Raja Yunika went to the second storey of her room to rest, leaving her handbag near Aliff. He opened it, took the money and left the room.

She woke up about two hours later and phoned Aliff after noticing that her money was missing.

He denied stealing the cash and she lodged a police report later that day.

Deputy Public Prosecutor Sarah Siaw said that Aliff later admitted that he had stolen the cash as “he was in need of money”. He then used the cash for food and transportation.

He has since made full restitution.

In an unrelated case, Aliff was found to be intoxicated under the link bridge of Orchard Towers shopping centre at around 5.30am on Nov 10 last year.

A police officer who was in the vicinity saw that he was shouting loudly and gesticulating at someone.

Sergeant Theodore Lee, 24, told Aliff to calm down and he complied before walking away, only to commit similar acts again about an hour later.

This time, Aliff also walked towards a nearby taxi and kicked its bumper. No damage was caused.

He was then arrested after he got into a scuffle with an acquaintance, the court heard.

Aliff rose to fame in 2007 after winning Malay channel Suria’s version of Singapore Idol, called Anugerah.He was in the spotlight last year over his divorce from singer Bella Astillah and purported romantic scandals in Malaysia.

The couple, who wed in 2016 and split up in May last year, have reportedly reconciled.

On Friday, defence lawyer Murali Pillai urged the court to call for a report to assess Aliff’s suitability for a mandatory treatment order. Offenders given it have to undergo treatment to address their mental conditions in lieu of jail time.

Mr Pillai did not reveal details about his client’s condition and Principal District Judge Victor Yeo then called for the report.

Offenders convicted of theft can be jailed for up to seven years and fined.

Related Stories
Aliff Aziz arrested for behaving aggressively after getting pummeled at Geylang
Aliff Aziz flashes himself and throws chair during dispute outside restaurant
Aliff Aziz charged with disorderly conduct after he was arrested at Orchard Road
More About:
Aliff Aziz
court
stealing
theft