Aliff Aziz arrested for behaving aggressively after getting pummeled at Geylang 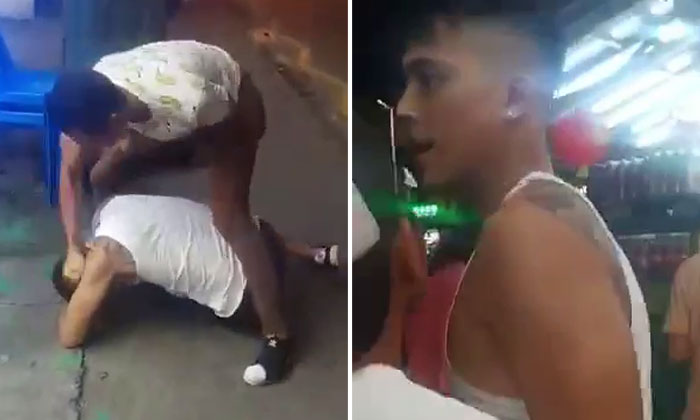 Singaporean actor-singer Aliff Aziz is in the spotlight for the wrong reasons yet again after he was arrested for behaving aggressively following a physical altercation in Geylang on Monday (Jan 27).

Several Stompers alerted Stomp to videos circulating online of the incident that happened at Lorong 21 Geylang.

In the videos, a man is seen chasing Aliff and throwing punches at him as he tries to run away.

At one point he is on the ground as the other man pummels him and kicks his head.

Later, he is seen being escorted away from an eatery while looking disoriented.

A voice is heard shouting at him in Malay to stay away from Geylang and to go to Jurong instead.

In response to a Stomp query, the police said they were alerted to a case of voluntarily causing hurt along Lorong 21 Geylang at 8.40pm.

"While paramedics were tending to the 29-year-old male victim, he behaved aggressively and was subsequently arrested for disorderly behaviour," a police spokesman said.

This is not the first controversy Aliff has been involved in recently.

Earlier this month, Stomp reported on a video where Aliff was caught flashing himself during a dispute.

He was previously charged for disorderly conduct and resisting arrest in Orchard Road last year.

He was also slapped with theft charges after allegedly stealing money from an Indonesian actress and stealing a lighter and cigarettes at Plaza Singapura.

His divorce from singer Bella Astillah has also made headlines following rumours of extramarital affairs and purported romantic scandals in Malaysia.

Related Stories
Aliff Aziz flashes himself and throws chair during dispute outside restaurant
Aliff Aziz charged with disorderly conduct after he was arrested at Orchard Road
Aliff Aziz defends calling father for help when he was pinned down by police officers at Orchard Road
More About:
Aliff Aziz
arrested
fight
dispute
Geylang
celebrity