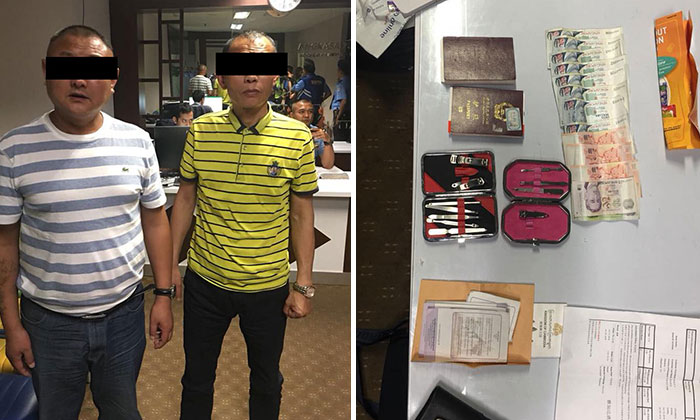 Stomper Ben encountered two alleged thieves during a Jetstar flight from Singapore to Jakarta, Indonesia at about 8pm on Wednesday (June 13) but was able to recover his money due to the assistance of airline staff and airport security.

Ben told Stomp in a phone call that he and his wife were boarding flight 3K205 when he noticed two men behaving suspiciously.

“One of the two men was sitting behind my wife at the airport lounge.

“I noticed that he and the other man staring at all the passengers and their luggage, so I became wary.

When they boarded the plane around 10 to 15 minutes later, one of the men, in a blue striped t-shirt sat behind him.

According to Ben, he and his wife were seated on seat 16D and 16E respectively while the man sat on 17D.

He noted that there was already a bag in the compartment.

“There was nothing of value inside our luggage bags.

“Before boarding the flight, I placed my wallet and phone in my backpack to speed up the security check.

“I thought that since the flight was a short one, I won’t be using them on the plane so I did not take them out.

“The backpack is secured by a TSA padlock.”

Ben said that he and his wife, who was seated beside him eventually fell asleep.

He noted that he had slept for about 15 minutes when he suddenly felt someone standing next to him.

Ben opened his eyes and realised that the man from 17D was standing next to him.

He looked at the man who allegedly explained to him in Mandarin that he was retrieving a pen from his bag to fill up the customs declaration form, before quickly going back to his seat.

After the man sat back down, Ben quickly stood up and checked his backpack.

Although it was locked, the position of the backpack had apparently changed.

Ben said that he remembered that he had positioned his backpack sideways, but it was on placed on its back now.

He quickly opened it up and saw that the wallet was close to the zipper, although he recalled distinctly placing it deep inside.

Scanning through the contents of the wallet, he realised that the Singapore currency, which he estimated to be around $400 was missing from the wallet. His phone and the Indonesian rupiah in his wallet remained untouched.

Noticing that the man behind was standing and looking at him as he checked his bag, Ben quickly sat back down.

He then told his wife that money in his wallet was missing and he suspected that it had been stolen by the man behind them.

Ben also suspected that the man was in cahoots with another man who was seated in front of them on seat 11C.

He said that he had noticed the man in a yellow striped shirt on 11C constantly tilting his head to the right as if he was looking at the back or the aisle for something.

However, the couple knew that it would be difficult to prove that the two men had taken the money, should they argue that the money was theirs.

Despite the challenges, Ben decided to report the incident to a flight attendant who then conveyed his message to the flight manager.

The flight attendant returned to Ben after five minutes and told Ben that another passenger had lodged a similar complaint about the man seated on seat 11C.

Apparently, the other passenger witnessed the man rummaging through different pieces of luggage in the overhead compartments at least four times.

She also alleged that the man avoided taking items that could be easily traced or proven to be stolen, such as tablets or phones.

During this time, Ben noticed that man from seat 17D had gone to the front, seemingly to communicate with the man on seat 11C.

The manager then informed Ben and the witness that they would ask the passengers to remain seated after landing at the airport in Jakarta, and aviation security (AVSEC) forces had been alerted to the incident.

Upon landing at the airport, the man on seat 17D allegedly stood up to leave but was told by flight attendants to remain seated.

Amidst the confusion at the delay, Ben told a passenger in front of him in Bahasa Indonesia that there were thieves on the plane.

Ben, the witness, and the two suspects were subsequently escorted out from the plane.

The two suspects were asked to bring their luggage with them and to open them.

AVSEC personnel found an identical set of clippers and pedicure devices that the two were carrying.

The two also had money in various different currencies such as the United Arab Emirates dirham, Saudi riyal, Chinese RMB, and even Brazilian real.

However, they did not have Ben’s Singapore dollars on them.

“The two men started getting angry at AVSEC personnel and the flight attendants.

“They kept denying that they knew each other, although I am sure that footage on the plane would show them talking.”

AVSEC then proposed a sweep through the entire plane and checks on the passengers to see if the two were working with another person.

Ben suggested that there was no need to conduct checks on the passengers as most of the passengers were native Indonesians and did not seem to understand Mandarin.

The passengers then disembarked the plane as Ben and AVSEC searched the plane, starting with the lavatories.

Ben then went to the seat 11C and searched the area.

There he found $437 of Singapore dollars folded using the airline emergency instruction card and placed under the seat.

“I was really happy to recover the money.

“I felt that I was proven right at that moment, and the two men were definitely working together to take money from passengers.

“At some point, the man from 17D must have passed the money to the man at 11C.

"Although they repeatedly denied knowing each other, they kept talking among themselves.

"They also had their phones with them and it seemed like they were communicating with someone else but we were unsure of the content as it was written in Mandarin."

The two men were then taken to the airport security office, with Ben and the witness following as well. 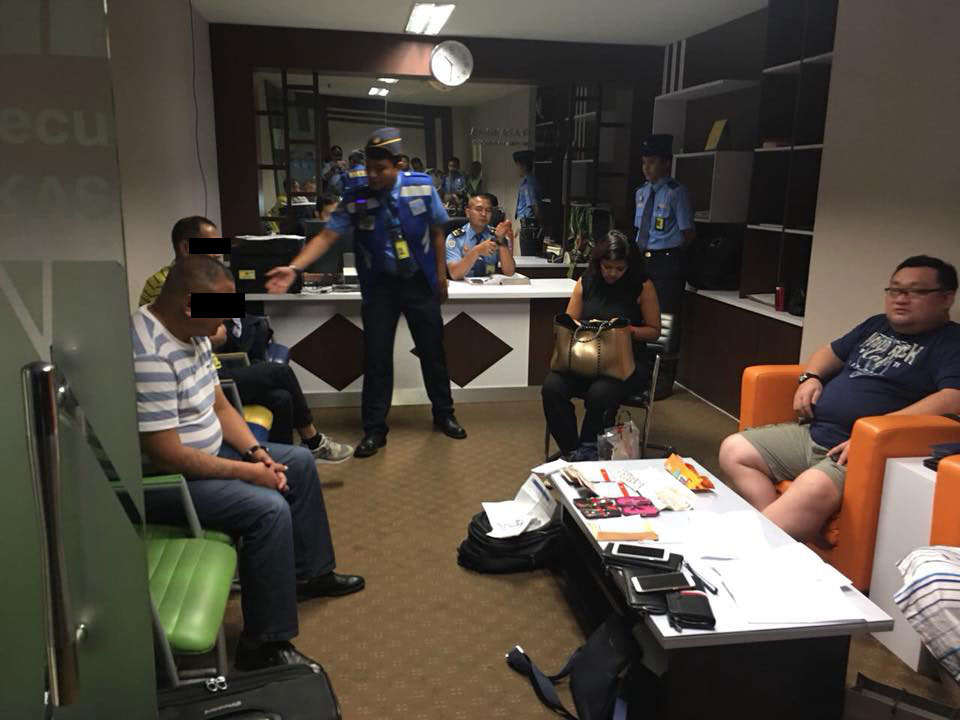 Ben said that the process told about three to four hours, and he finally left the airport close to midnight.

Before he left, Ben was told that the two men would be deported back to the origin of the flight, Singapore, where they would be prosecuted if found guilty.

Ben told Stomp that he was subsequently alerted by a Jetstar office that the two men were deported to Singapore on Thursday afternoon (June 14).

He has since uploaded up a Facebook post describing the incident and thanking the flight crew, as well as AVSEC for the assistance.

We often heard about thieves during the flight, but we will feel it different when it happened on yourself. it happened...

Ben also took the chance to remind other passengers to be vigilant and place their valuable close to them.

"Always be on guard and be suspicious, if someone is opening your overhead compartment."