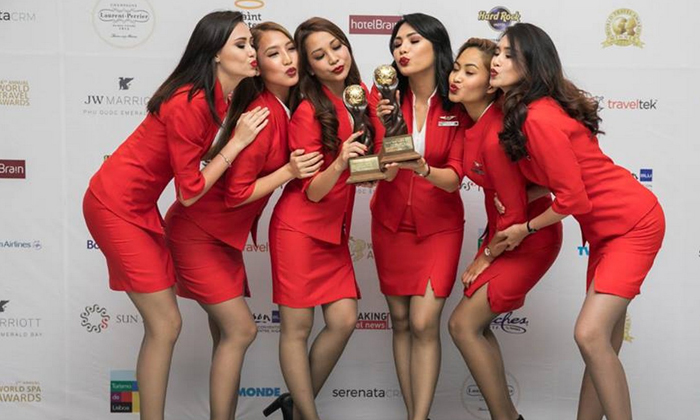 The uniforms of AirAsia and Firefly's female flight attendants have been described as being "too revealing" by two Malaysian ruling-party lawmakers.

Senator Datuk Abdullah Mat Yasim said in Parliament that the "eye-catching outfits" do not reflect the status of Islam as the official religion of the Federation as enshrined in the Malaysian Constitution.

According to him, the uniforms are not only sexy, but can also arouse passengers, especially those who are younger.

"The Malaysian Aviation Commission (MAVCOM) must really look into this,” added Mr Abdullah, who is a division chief of the ruling Umno party.

Senator Megat Zulkarnain Omardin was of the same opinion and suggested that the airlines redesign their uniforms, reported NST.

He quipped: "My wife is worried whenever I fly alone on Malindo or AirAsia. This is a real hassle for me."

Mr Abdullah then responded that the uniform donned by Malindo Air's flight attendants was "still acceptable", as it covered "sensitive areas" despite being body-hugging.

Do you agree with the Malaysian MPs? Share your thoughts with us in the comments.