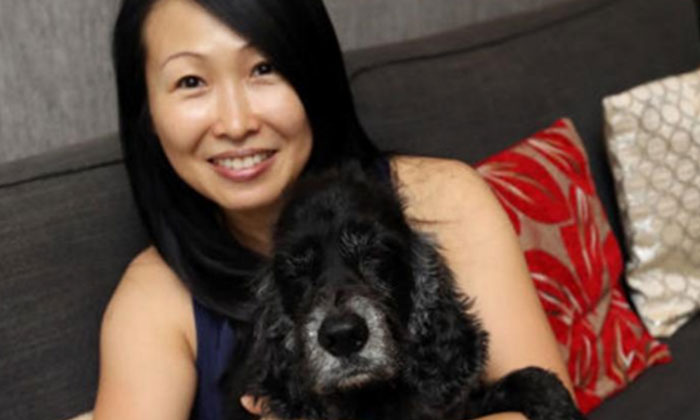 An air stewardess consulted seven different vets within six months and spent about $20,000 in an effort to seek treatment for her sick dog.

Ms Huang Juan Li, 47, told Lianhe Wanbao that she had her dog, a black Cocker spaniel for 12 years now, and it suddenly became unwell in December last year.

In the following days, the dog’s condition deteriorated as Ms Huang brought the dog to various vets for treatment.

She said that her dog originally belonged to a friend who had tasked her to look after the dog as he was rarely at home.

Ms Huang eventually fell in love with the dog and asked her friend if she could keep it.

Her friend agreed and she brought the dog back to her own home.

“This dog has character and isn’t friendly to just anyone.

"Somehow, it is very compatible with me.

“It would rely on me for everything, and that was why I wanted to keep him.”

According to Ms Huang, the dog is now over 80 years old in terms of human age.

“Because it is so old now, once he has any sort of ailments, I get very worried.”

Ms Huang revealed that her dog’s condition had been bleak when she rushed it to a veterinarian hospital.

It was discovered to have a low red blood cell count and had to be transferred to a specialised department to continue treatment.

As the dog did not show any signs of recovery, Ms Huang became desperate and brought her dog to several different veterinarian hospitals.

Ms Huang said that she also imported medicinal products in hopes that it would improve her dog’s condition.

Overall, she went to seven different vets and spent about $20,000.

Despite everything, Ms Huang has no regrets, citing:

“My dog’s life is still a life. If there is hope, I will keep trying and never give up.”

Fortunately, her hard work paid off, and the dog began to show signs of recovery at the start of May 2018.

It is now more energetic and playful, said Ms Huang.

Heaving a sigh of relief, she said:

“My dog is slowly recovering.

“This makes me feel that the time and money I spent were all worth it.”