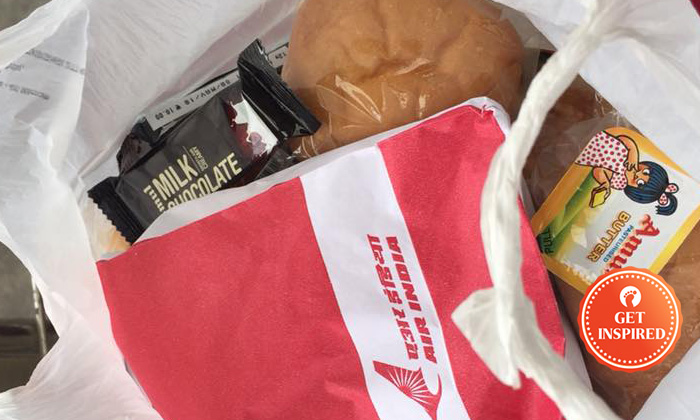 An Air India passenger who was travelling from Mumbai to Jaipur, India on June 19 took it upon himself to not let any uneaten food go to waste.

A Stomper had alerted Stomp to a Facebook post by Vishab Mehta, who shared his notable experience online.

I’ve been a frequent flyer all my life. I love to travel, be it for business or vacation. But unfortunately only a...

Despite being a frequent flyer, it was only a couple of months back then did Vishab realised that meals served on flights are often wasted and thrown away.

He believes that there are a few reasons regarding this occurrence -- some passengers being too shy to inform the crew that they do not want any food, some people disliking the taste of the food thus leaving everything else behind after having only a little, while some people might be too diet conscious to consume the unhealthy food that is served and dump it later on.

Hence, Vishab decided that he was not going to let any uneaten food go to waste or be dumped into the garbage.

He said: "Rather, I’ll collect it and feed that food to the hungry.

"As soon as the crew served the meals, I requested them to provide me with a bag so that I can personally go and collect the uneaten food.

"The crew was very supportive and suggested I stay in my seat while they collected the food-trays back, simultaneously separating the uneaten food in a bag.

"Almost 70 burger buns, 50 butter pockets, and 30 chocolates were collected and given to me before the flight landed.

Vishab also added that the food that he collected was distributed among children and grown-ups who cannot even afford a meal a day, whose only way of surviving is to beg for food.

"It’s a request to all, save food and feed the hungry!"