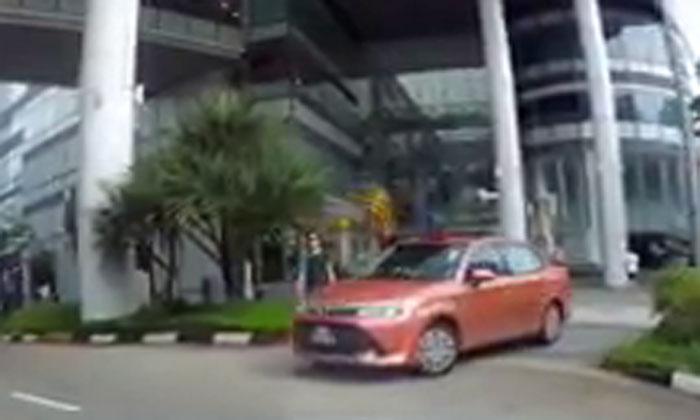 A driver was not afraid to call out a cabby who made an illegal U-turn at Tew Chew Street.

A video of the incident taken from the driver's in-car camera was posted on SG Road Vigilante's Facebook group page.

According to the post, this happened on Saturday (Dec 8).

The post also names the driver as Singapore's "most vigilante ah beng".

In the video, the driver is turning left onto Tew Chew Street when a cabby driving a Prime Taxi sounds his horn at him.

The cabby had made a U-turn at a break in the road divider that is meant for pedestrians.

After spewing out a couple more expletives, he drives up next to the cabby and winds down his window to confront him.

He's heard saying: "That one is a pavement, you know or not?"

The cabby's replies but the audio is muffled.

The exchange is short and the two motorists then move off.

Although his manner was crass, netizens have praised the driver for stopping to tell the cabby off.

Related Stories
Man shouts vulgarities at female driver for her 'attitude': "You're a woman you know!"
What's going on here? Cabby and Grab driver hurl vulgarities at each other
Who's right, who's wrong? Cabby and passenger argue over whose route to take for flat fare ride
More About:
illegal
u-turn
cabby
confrontation