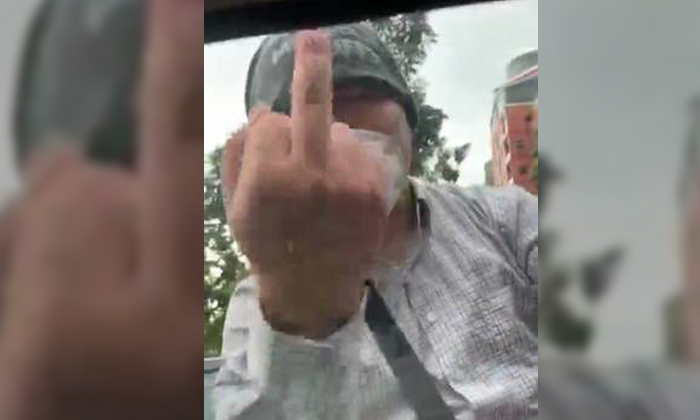 A former TransCab driver who was caught on camera in two separate disputes was granted a discharge not amounting to an acquittal in court last Thursday (Jan 9).

Singaporean Feng Zhanning, 43, had been charged in court with assault and criminal intimidation in December last year.

A discharge not amounting to an acquittal means that he can still be prosecuted for the offences later, depending on the evidence that emerges.

According to Lianhe Zaobao, Feng was released after being in remand for the past one month.

Feng made headlines for a road rage incident along Paterson Hill on Nov 22, 2019, where he was seen flashing his middle finger at a motorist and kicking the latter's vehicle.

He was also involved in a case of criminal intimidation and voluntarily causing hurt at 14 Scotts Road on Nov 24, 2019, where he swung a pair of pliers at his two passengers.

The couple had a five-month-old baby with them who was not hurt in the incident.

However, the woman fell backwards and suffered abrasions to her right palm after apparently being pushed by Feng.

Feng, whose contract was terminated by TransCab, was arrested at Woodlands Checkpoint on Dec 4 and charged in court a day later.