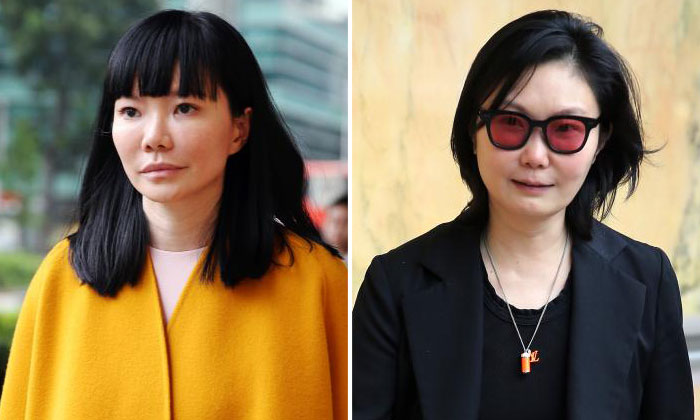 Well-known aesthetics doctor Georgia Lee on Thursday (April 11) rejected suggestions that she had used her celebrity status as a selling point to attract investors to inject funds into her skincare brand.

Dr Lee was testifying in a lawsuit brought against her and three of her companies by a movie and TV producer seeking refund of a $2 million investment.

Ms Anita Hatta alleges that Dr Lee had misled her into parting with her money in 2012 by inflating sales revenue, overstating her own investment and exaggerating the valuation of the companies. Dr Lee denies that she made such misrepresentations.

Ms Hatta also claims that Dr Lee's image as a celebrity doctor had cemented her belief in the alleged misrepresentations about the success of her brand, DrGL.

Ms Hatta's lawyer Wendell Wong sought to establish that Dr Lee was "central to the brand" as he questioned her on Thursday.

Citing figures from financial statements for the year 2011, Mr Wong noted that two of the three companies set up by Dr Lee to package, market and sell her skincare range racked up losses of more than $810,000.

He questioned how she would convince investors to pump money into her skincare range, considering that she could not rely on the numbers.

Dr Lee answered: "To believe the product and the future of the product."

Mr Wong then asked if it was important for investors to believe in her.

Dr Lee replied: "I have never thought of myself in the equation. It's always about the product."

Noting that the product range bears her initials, Mr Wong contended that it was "unbelievable" that her presentation to investors did not centre around her.

But Dr Lee said: "I put my sweat and my time in my products."

She pointed out that the products were initially branded "Dr Georgia Lee", but she later relaunched the brand as DrGL. "It should never be about me," she added.

Taking the stand earlier in the day was Ms Hatta's personal assistant Sherry Lim. Ms Lim, who was a patient of Dr Lee, had introduced the two women in 2006.

Ms Lim's testimony echoed Ms Hatta's - that Dr Lee had claimed sales exceeded $5 million, that she herself invested $14 million, and that the business was worth $40 million.

Ms Lim said Ms Hatta was promised shareholdings of 5 per cent for a $2 million investment. It was "simple mathematics" that the companies were worth $40 million, she said.