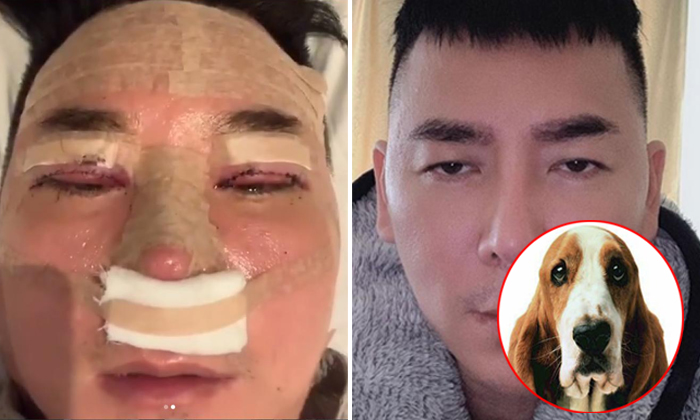 Celebrity hairstylist Addy Lee visited a clinic in South Korea in September for plastic surgery -- which he has termed a 'failure'.

In two Instagram posts on Christmas Day (Dec 25), Lee shared before-and-after photos of himself as well as videos of his bandaged face.

Tagging Item Clinic and its Singapore consultant 'Elaine' in his captions, the 47-year-old slammed them for being irresponsible.

He wrote in one post: "Spoil your eyes and say it's your problem, everyone be careful."

In the other post, Lee said he underwent four procedures, all of which "failed".

"Like living dead (sic). South Korea does not mean it's good," he added.

Lee told Lianhe Wanbao in a phone interview that he had flown to South Korea at the end of September for plastic surgery, only for many problems to crop up.

He also said that Elaine has not responded to him for the past three months, which was why he decided to make the matter public. He is also considering suing the clinic.

"Before the surgery, I had 'phoenix' eyes. Now I look like I have 'suay' eyes!" lamented Lee, who feels that his droopy eyelids make him look like Hush Puppies' iconic dog.