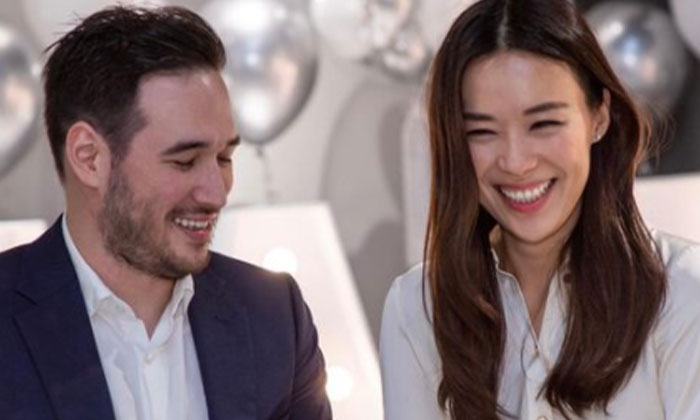 Local actress Rebecca Lim, who announced her engagement in November, has given fans arguably the clearest look of her fiance so far.

On Valentine's Day on Monday (Feb 14), Lim, 35, posted a photo of herself with Mr Matthew Webster and wrote: "Wishing you love, laughter, good thoughts and happy days. Happy Vday!"

Mr Webster, an assistant vice-president of corporate branding at PSA Singapore, posted an identical photo on social media, writing: "Happy Valentine's Day my love! Can't wait to spend the rest of my life with you."

Lim's post has received more than 33,000 likes, with several of her celebrity pals wishing the couple a happy Valentine's Day.

Actress Fann Wong said they are a "beautiful couple", while actress-director Michelle Chong commented that they are a perfect match.

When Lim announced her engagement on Nov 15, she posted several photos but these did not show Mr Webster’s face.

While she had on other occasions posted photos of him, these were of him wearing a hat and glasses and with his face obscured by a dog, for example.

Lim told Chinese-language evening daily Shin Min Daily News on Sunday that she was spending Valentine's Day at her grandmother's house, as it fell on the 14th day of Chinese New Year this year.

The actress, who starred in the English drama This Land Is Mine (2021), added that she is trying to find a date for the nuptials this year since both she and Mr Webster are the same age and were born in the Year of the Tiger.