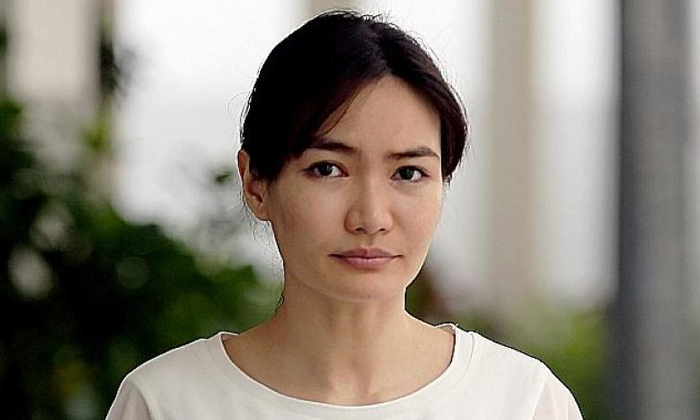 Model-turned-actress Melissa Faith Yeo Lay Hong was in court yesterday after she allegedly used vulgar language against an SMRT employee, a policewoman and a police emergency hotline operator on separate occasions.

Yeo, 33, faces four charges of insulting a public servant or public service worker under the Protection from Harassment Act.

According to court documents, she allegedly made an obscene hand gesture and used vulgarities on assistant station manager Victor Chuang Shi Chang on Nov 21 last year.

This was said to have occurred at the passenger service centre at Bishan MRT station at about 9.30pm.

In a second incident on April 2 this year, at about 5.40pm, Yeo allegedly used an expletive on investigation officer Isabella Lee while at the Ang Mo Kio Police Division.

A month later, Yeo was at a block of flats in Ang Mo Kio when she made a remark containing a profanity while speaking to emergency hotline police operator Domnic Sankar Dass at about 6.30pm.

According to her personal website, Yeo made her first television appearance as a model on game show Deal Or No Deal, before taking on roles in several Mediacorp dramas.

She created a buzz among netizens in 2009 when she announced on her blog that she was going to Bangkok for breast augmentation.

If convicted of using insulting words towards a public servant or public service worker, Yeo can be jailed for up to a year and fined up to $5,000 for each charge.