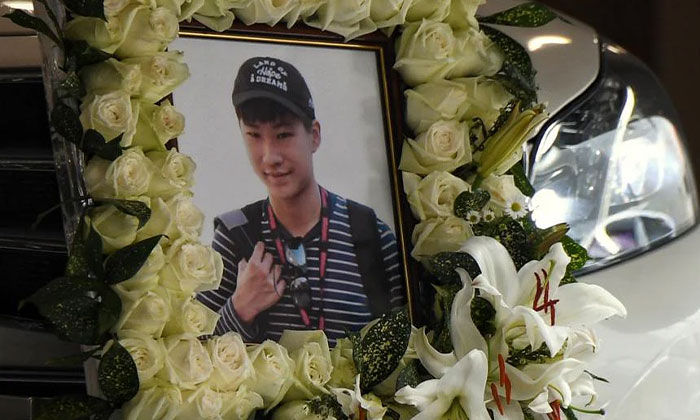 An outdoor activities facilitator has been charged over the death of a student who fell from a high-elements course at the Safra Adventure Sports Centre in Yishun last year.

Muhammad Nurul Hakim Mohamed Din, 22, who was working at the Canopy Sky Walk rope course, was on Thursday handed a charge of causing death by a rash act not amounting to homicide.

He is accused of failing to ensure that both leg straps of the safety harness worn by Jethro Puah Xin Yang, 15, were properly fitted before letting the student attempt the rope course at 1.25pm on Feb 3 last year.

The teen from Anglo-Chinese School (Independent) was suspended in the loose harness after he fell off the rope course and his leg straps unbuckled, according to the charge sheet.

He was strangled and also suffered from traumatic asphyxia, where external compression to his upper torso restricted his breathing, causing him to die of multiple organ failure.

For causing death by a rash act, Hakim, who is represented by Mr Azri Imran Tan from IRB Law, faces up to five years' jail and a fine.

Hakim was granted bail of $10,000, which is expected to be paid by his sister, and will return to court on Oct 13.

The Straits Times reported in February 2021 that Jethro was taken to hospital after the incident and died the following morning.

The Secondary 4 boy lost his footing during the activity and was suspended by the safety harness in mid-air, the police said then. He lost consciousness as he was being lowered to the ground and was unresponsive when the police arrived.

Paramedics from the Singapore Civil Defence Force tried to resuscitate him before taking him to hospital.

The boy was taking part in a school activity organised by Camelot, an outdoor adventure learning company. Such activities are commonly used in school programmes to instil confidence in students.

The rope course comprises activities on a cargo net bridge, flying fox and other high elements that are suspended about 15m above ground, according to ST checks online.

Participants wear safety equipment such as helmets and harnesses attached to ropes.

At the time, preliminary investigations suggested that there was no foul play.