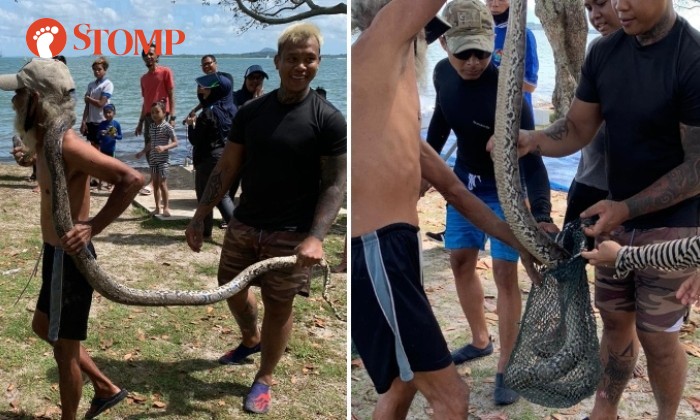 The Animal Concerns Research and Education Society (Acres) has reminded the public not to handle wild animals or capture them.

This reminder comes after an incident where a few men were seen capturing a python at Changi Beach on Nov 15.

The incident, which happened at 11am, was caught on video by Stomper Razlee who was at the beach with his family when the python appeared out of nowhere.

"Everyone was enjoying their day at the beach when a python suddenly appeared from a hole near the roots of a large tree," said Razlee.

"My daughters were really excited to see a snake in the open but I made sure they didn't get too close.

"I also heard passers-by telling swimmers to get out of the water as it was high tide and the water started flowing towards the trees."

Razlee added that he was surprised to see a snake at the beach and was glad that this did not happen at night.

"At least this happened in the morning so the snake could be clearly seen," Razlee said.

"I'm glad that a few men stepped up and helped to capture the snake. These men caught the snake pretty quickly and placed it in a net while waiting for Animal and Veterinary Service (AVS) personnel to arrive." 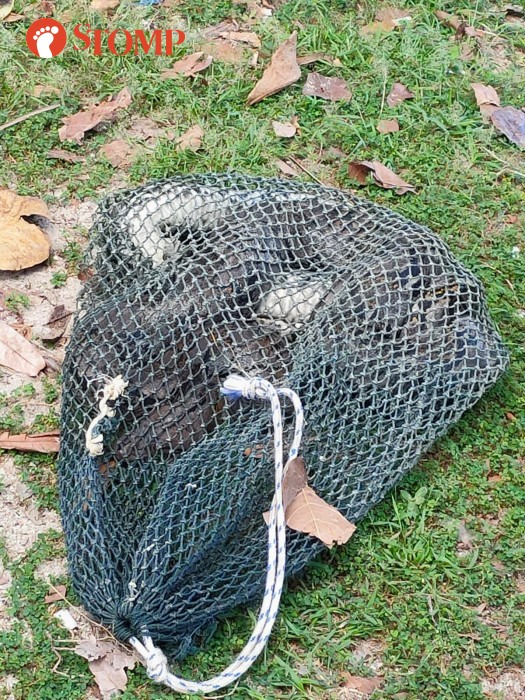 In response to a Stomp query, Mr Kalai Vanan, deputy chief executive officer of Acres said: "The snake is a reticulated python which seems to be about 2.5m to 3m. This native species can be found islandwide here in Singapore."

Mr Kalai added that Acres was not involved in the rescue operation.

"From the photos and videos, it seems that members of the public took matters into their own hands to capture the snake," said Mr Kalai.

"Acres would like to urge the public to never attempt to capture wild animals such as snakes on their own. Instead, they can help to control crowds and monitor the animal.

"Without proper training which includes animal welfare aspects, you may hurt yourself, people around you and the animal itself through improper handling.

"If you see any wild animal(s) in distress, please call the 24-hr ACRES wildlife rescue hotline at 97837782 or National Parks Board (NParks)."

According to NParks, here is what you should do if you encounter a snake: