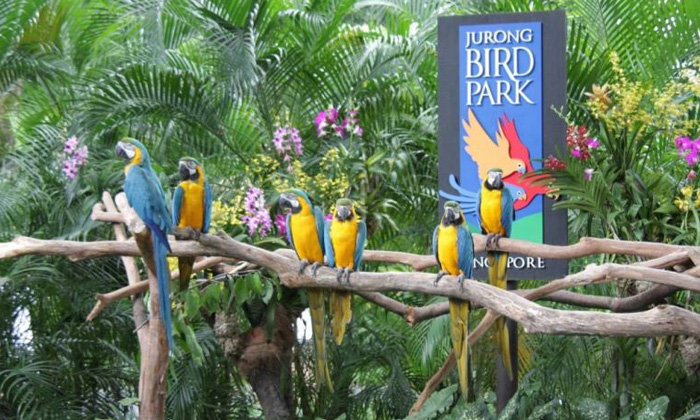 A 29-year-old man was sentenced to five months' imprisonment on July 26, after he pleaded guilty to molestation.

Accountant Paul Cheng Jun Hong had fondled and molested a woman less than an hour into their first date at Jurong Bird Park.

He initially tried touching her private parts after hugging her, but she stopped him, reports The Straits Times.

But he went on to unclasp her bra while hugging her, and tried looking down her dress.

Upon returning to his car, he molested her again at the carpark by touching her breasts.

The district court heard that Cheng had met his 28-year-old victim through Coffee Meets Bagel, an online dating application.

Last year on July 24, the two started chatting and Cheng attempted to arrange a date with her on the same day.

Despite the woman's initial rejection as it would "be too fast", Cheng persisted, according to Deputy Public Prosecutor Mark Yeo.

The victim, who cannot be named due to a gag order, eventually relented.

At about 5.30pm that day, Cheng picked her up from work and suggested they go to Jurong Bird Park as it was near the church she had to attend later.

"On their way there, the accused tickled the victim's ear and asked if she felt uncomfortable with it," said DPP Yeo.

She replied she did not know, because she never had a boyfriend before.

They reached the park slightly after 5.45pm, where Cheng hugged and touched her repeatedly.

Cheng went on to molest her even though she shoved his hands away and voiced out her discomfort.

He molested her again at around 6pm, by touching her breast while they were outside his car.

In mitigation, defence counsel Phillip Lam said Cheng had apologised to the victim and offered to compensate her for the embarrassment caused at a "very early stage".

However, District Judge Jasvender Kaur said she did not find any exceptional circumstances for his sentence to be reduced.