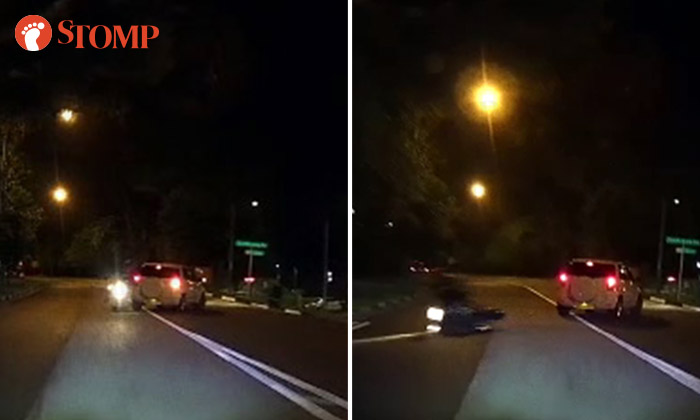 An accident involving a car and a motorcycle occurred at the junction of Sengkang Central and Buangkok Drive on Saturday night (Jan 4).

The police told Stomp they were alerted to the accident at 9.41pm.

A Stomper saw the accident happen as he was driving and contributed footage from his in-car camera.

From the video, a white car can be seen with his right-turn signal on.

The car stops midway through his turn and the motorcyclist appears to have hit against the side of the white car.

The motorcycle and its rider fall onto the ground and shouting can be heard.

The Stomper said: "I immediately stopped when I saw the accident.

"I got off my car and saw the motorcyclist lying on the ground but left after I saw the ambulance come.

"The guy was bleeding everywhere."

Responding to a Stomp query, the police said: "No injuries were reported.