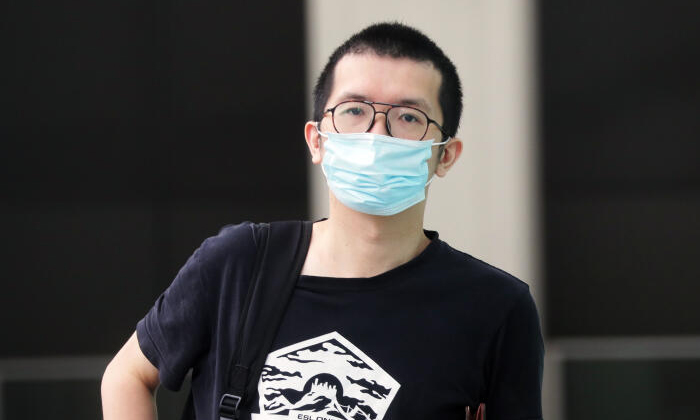 Lawyer Charles Yeo Yao Hui, who had a warrant of arrest issued against him after he absconded, has not returned to Singapore, a district court heard on Wednesday.

In a review on matters involving the warrant, Deputy Public Prosecutor Grace Lim also said efforts are under way to trace Yeo, 32, the former chairman of the Reform Party.

His full bail amount of $15,000 was forfeited on Wednesday.

Another review is scheduled for March 29 next year, with the police earlier saying that they were working with their foreign counterparts to trace his whereabouts after he said in social media posts that he was seeking asylum in the United Kingdom.

Yeo, who has been charged with offences including multiple counts of harassment and wounding the religious feeling of Christians, was given permission in July to leave Singapore for Vietnam to meet a witness linked to an unrelated trial that he was handling at the time.

He was then offered bail with his mother acting as the bailor.

He was also allowed to leave Singapore on July 27 and was supposed to be back on July 30.

In a post on social media platform Instagram, Yeo then stated that he intended to go to the UK to seek political asylum.

On Aug 1, he failed to turn up in court to represent his client in a trial involving immigration-related matters.

His then client, Kok Chiang Loong, 42, who is accused of offences including playing a role in a purported marriage of convenience, has since engaged another lawyer.

Meanwhile, a warrant of arrest was issued against Yeo on Aug 3.

She said the lawyers were not aware that Yeo would be departing from his itinerary and would be seeking asylum in the UK.

The court then granted the application.