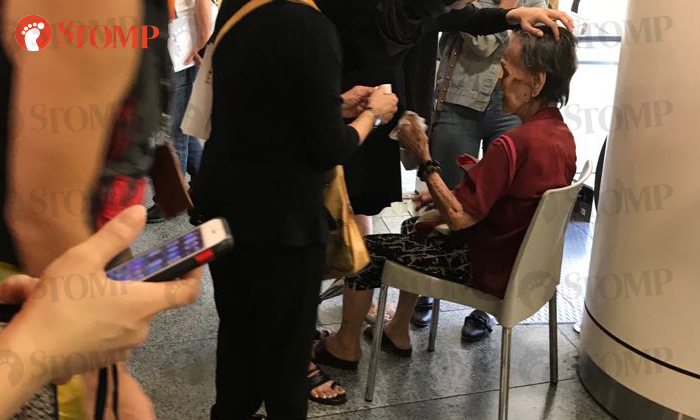 An elderly woman sustained minor lacerations on her arms after falling down at Toa Payoh HDB Hub at around 11.50am today (Dec 21).

Stomper Lau Lup was in the area and witnessed the aftermath of the accident.

He told Stomp: "According to bystanders, she fell down near the escalator.

"She was unable to answer us about where she lived and only said that she is 97 years old.

"I gave her a packet of tissues and pressed down on her wounds, but she later did it herself.

Several other onlookers also went forward to offer their assistance to the woman, who was subsequently assessed by paramedics.

Responding to media queries by Stomp, the Singapore Civil Defence Force (SCDF) said it was alerted to the incident at 11.50am.

The elderly woman declined conveyance to the hospital.

Lau Lup added that he chanced by her again afterwards and she appeared to be fine.