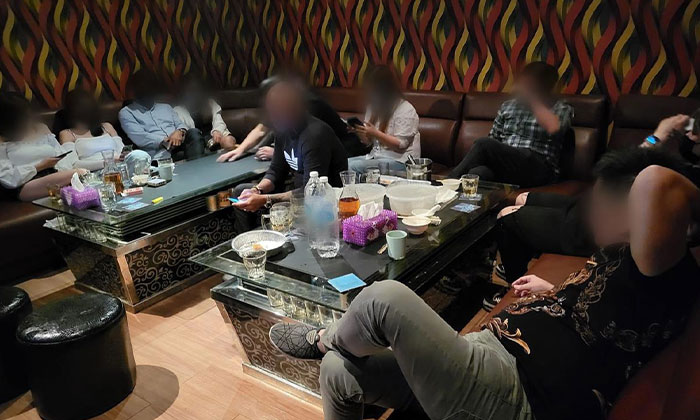 A total of 60 men and 37 women, aged between 24 to 65, have been arrested after police found them gathering inside an unlicensed 'KTV-concept' outlet.

In a statement, the police said they conducted a check on a pivoted food and beverage establishment housed within a shophouse unit along Syed Alwi Road on Feb 15 at 8.55pm.

The 'KTV-concept' outlet was concealed behind a partitioned door within the establishment's premises. 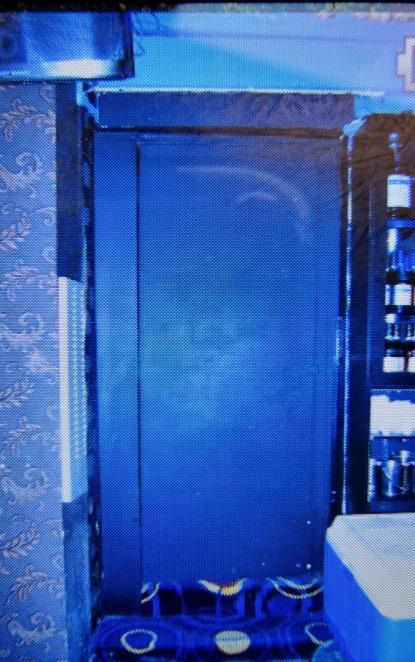 The concealed door within the establishment. PHOTO: SPF

The unlicensed outlet was furnished into 22 separate karaoke rooms and was spread across three shophouse units.

The rooms were equipped with karaoke systems, speakers, microphones and televisions.

Liquor was also served to the patrons from the pivoted food and beverage establishment’s inventory. 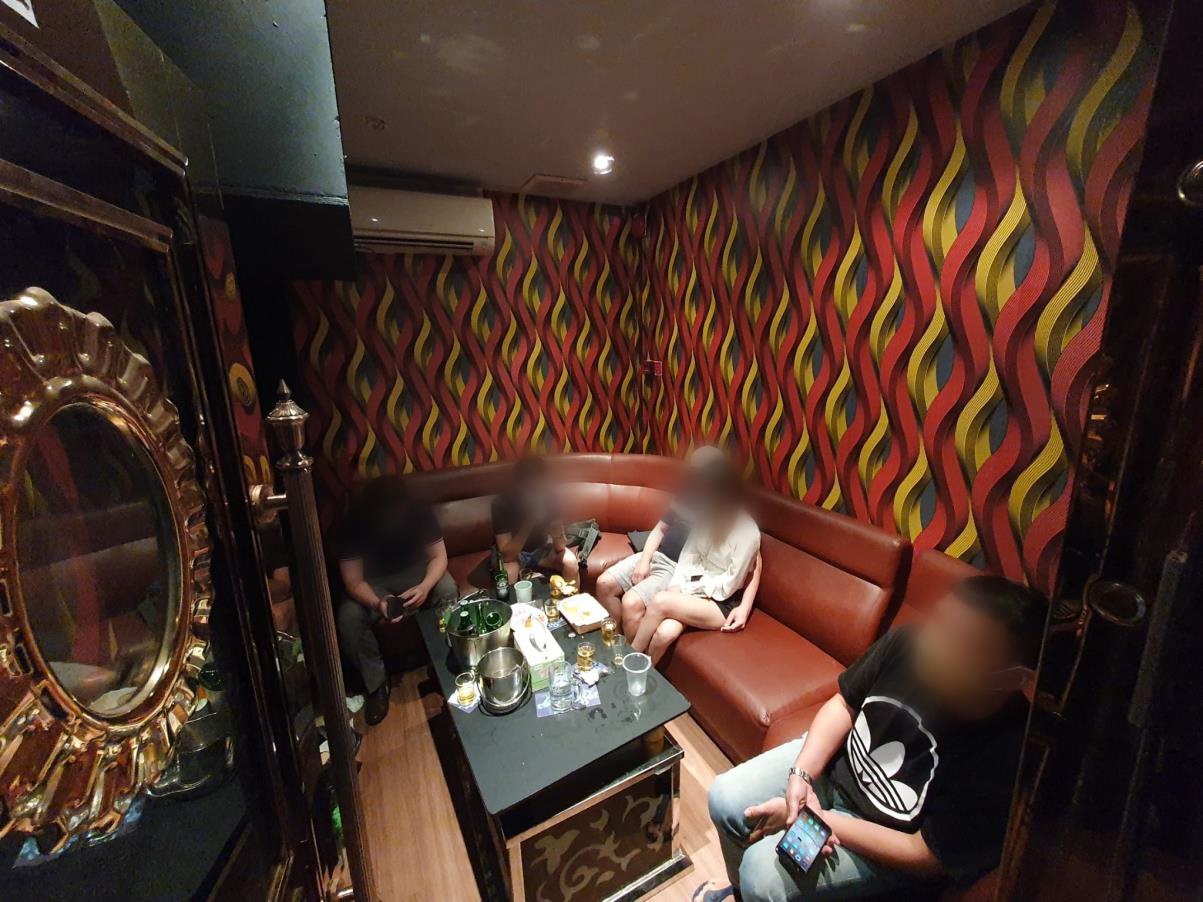 Of the 97 people arrested, four women of Chinese nationality, aged between 33 and 48, are suspected to be hostesses.

These women were found intermingling and providing services to the establishment's patrons within the premises.

One of the women tested positive using an Antigen Rapid Test (ART).

All four women were arrested for offences under the Employment of Foreign Manpower Act.

A 41-year-old man, who was also found amongst the 97 people and is purportedly the operator of the unlicensed 'KTV-concept' outlet, is being investigated for offences under the Liquor Control Act.

He is also being investigated for breaching safe management measures by failing to close a non-permitted enterprise for entry.

For non-compliance with safe distancing measures under the COVID-19 (Temporary Measures) (Control Order) Regulations 2020, offenders may be jailed for up to six months, fined up to $10,000, or both.

The offences of providing public entertainment and supplying liquor without a valid licence, each carries a fine of up to $20,000.

The police said they will continue to maintain a high tempo in conducting enforcement checks to prevent, deter and detect vice and other illicit activities.

Commander of Central Police Division and deputy assistant commissioner of Police Jeremy Ang said: "The police adopts a zero-tolerance stance for those who blatantly disregard the law and will not hesitate to take enforcement actions against those who flout the prevailing safe management measures.

"As we deal with the increase of Omicron infections, such socially irresponsible behaviour puts public health under great risk, including that of our frontline officers and their families."