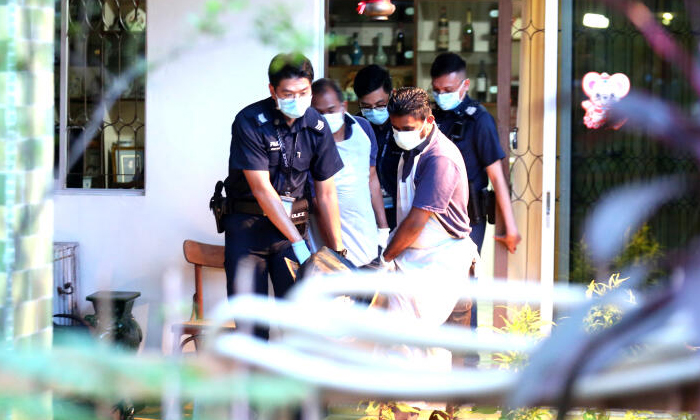 A 34-year-old maid from Myanmar who is accused of killing a 95-year-old woman in Upper Serangoon had allegedly written a letter confessing to the murder.

It was earlier reported that the police were alerted to a stabbing case in a landed home in Recreation Road on Monday (July 6), at about 1.50pm.

Myanmar national Sandar Htoo appeared in a district court via video-link on Wednesday (July 8) and was charged with murder, reported The Straits Times.

According to Shin Min Daily News, the elderly victim is believed to have been stabbed while in bed. The accused was not injured

The accused had reportedly left behind a letter confessing to the crime after the alleged murder and fled the scene in a panic. She subsequently surrendered herself at a police station.

A member of the public saw the accused returning to the crime scene with investigators..

Neighbours said that the accused seemed warm and friendly whenever they saw her throwing away rubbish outside the house.

Sandar Htoo will be remanded at the Central Police Division and her case has been adjourned to July 15.