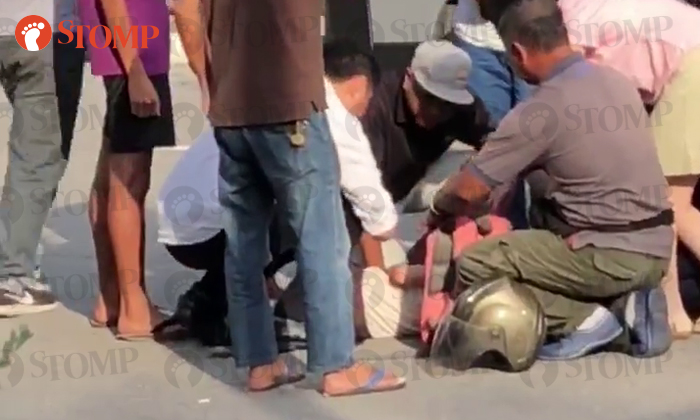 A nine-year-old pedestrian was taken to hospital after getting hit by a bus along Jurong East Central on Thursday (Feb 21).

The police told Stomp in response to queries that they were alerted to the accident, which occurred in the direction of Bukit Batok, at 5.36pm.

The girl was conscious when taken to National University Hospital.

Stomper Amir​, who was at the scene, filmed two videos and sent them to Stomp.

He said: "There was blood on her head and she had abrasions on her hands and legs."

In one video, several people can be seen gathered around the girl, who was lying on the road.

Another video shows the girl on a stretcher while paramedics attended to her.

Related Stories
41-year-old motorcyclist killed in accident with bus at Tuas junction
Motorcyclist, 70, dies after accident with bus and lorry along Ang Mo Kio Ave 1, bus driver arrested
Man, 45, taken to hospital after getting run over by bus in Chinatown
More About:
accident
Bus
child
injured