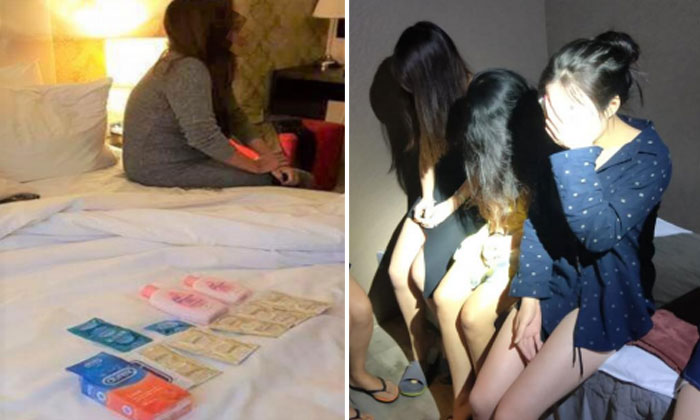 Nine women were arrested for offences under the Women's Charter in an enforcement operation against vice activities in private apartments and massage establishments on Wednesday (Nov 21).

The operation was led by Central Police Division along Opal Crescent, Albert Street, Jalan Besar and Raffles Place, the police said in a statement.

Three of the women, aged between 22 and 27, were arrested in apartments and hotels along Opal Crescent and Albert Street respectively.

The other six women, aged between 24 to 29, were arrested in an unlicensed massage establishment along Jalan Besar.

They are believed to have advertised their sexual services online.

Any person who knowingly lives wholly or in part on the earnings of the prostitution of another person can be jailed up to five years and fined up to $10,000

First–time offenders found guilty of operating an unlicensed massage establishment may be fined up to $10,000, or jailed up to 2 years, or both.

The police said in their statement they take a serious view of anyone involved in criminal activities and will continue to take tough enforcement action against those found breaking the law.