9 men arrested for being suspected members of unlawful societies 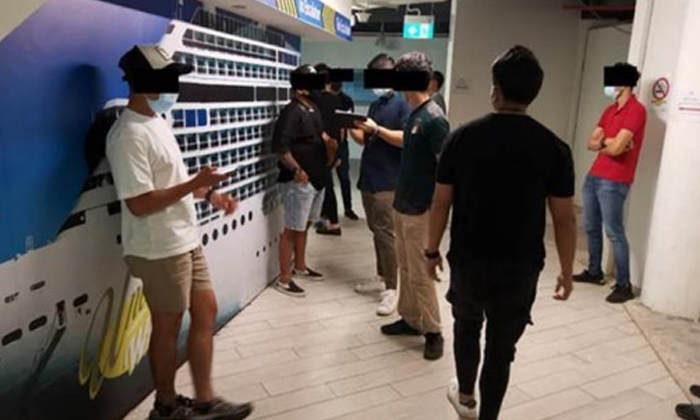 Nine men, aged between 18 and 43, were arrested for being suspected members of unlawful societies in a series of enforcement operations from November 12 to November 28.

The Secret Societies Branch of the Criminal Investigation Department and the Police Land Divisions had jointly carried out a series of island-wide secret society and crime suppression operations at nightlife establishments, food & beverage (F&B) outlets and shopping malls.

During these operations, the police conducted checks on 254 individuals and arrested nine men. Among them was a 20-year-old man was also arrested for possession of an offensive weapon in a public place.

Police investigations against the nine men are ongoing.

In one of the joint operations with safe distancing enforcement officers from the Urban Redevelopment Authority, ‘Taboo Singapore, a nightlife establishment at 57 Duxton Road, was issued with a closure order of 20 days with effect from November 27.

The outlet was found to have breached safe management measures under the COVID-19 (Temporary Measures) (Control Order) Regulations 2020.

Seventeen individuals at the premises were also issued with a Notice of Composition of between $300 and $1,000 for flouting the measures.

The police said have zero tolerance towards secret society activities that threaten the public safety, peace, and good order, and will continue to carry out secret society and crime suppression operations at the various nightlife establishments and popular congregation hotspots throughout the year-end festive season.

"Firm action will be taken against those who are associated with gangs and blatantly disregard the law," they added.

"Members of the public are advised to steer clear of secret society activities and to report those engaging in such unlawful activities to the police immediately."