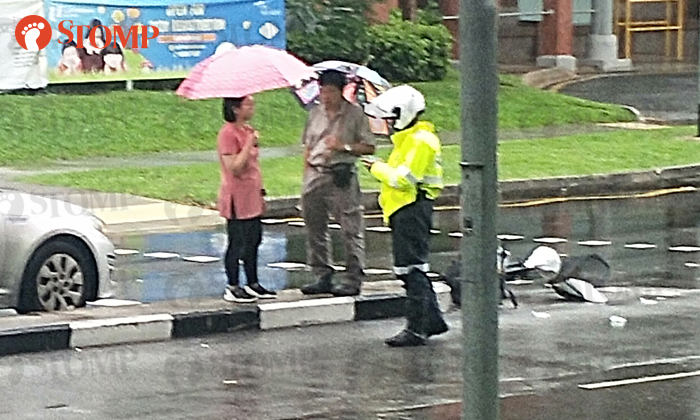 An elderly man was taken to hospital after getting hit by a lorry while he was cycling across a road in Ang Mo Kio on Monday afternoon (Dec 2).

The 83-year-old cyclist was conscious when taken to Tan Tock Seng Hospital.

Stomper Low said he was on his way to a coffee shop nearby when he witnessed the collision.

He recounted: "The man was riding across the road on his bicycle when he got hit by the lorry.

"I'm not sure the traffic light was in whose favour, but it was red when I looked up."

Low, who called the police, also shared photos that show a bicycle lying on the road and a white lorry which he said was involved in the accident.

The Stomper added: "The police asked me to be a witness so I've made a report.

"I hope that vehicles whose car cameras captured the incident can also share video footage to provide an accurate picture of what happened."