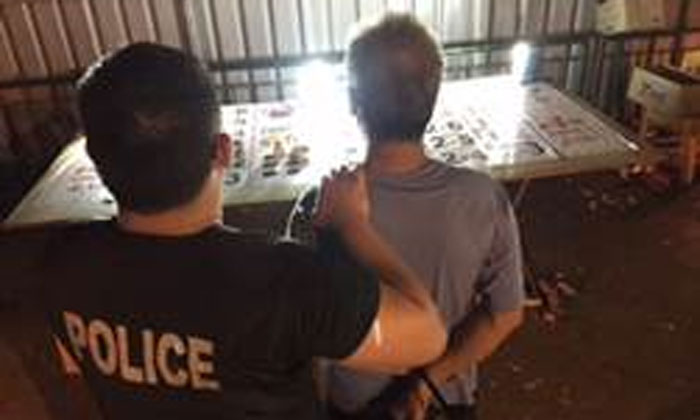 Eighty-two people were arrested for various offences during a seven-day multi-agency joint operation in Geylang that ended on Nov 6.

Six men, aged between 20 and 65, were arrested for offences that included peddling of contraband cigarettes and illegal health products such as cough mixtures and sleeping pills.

Illegal health products worth $1,600 were seized.

Three women aged between 31 to 33 were also arrested for vice-related offences committed in residential units.

A total of 65 men, aged between 16 and 68, were arrested for promoting public gaming, gamin in public, possession of offensive weapons, drug-related offences and offences under the Immigration Act.

Eight men aged between 30 and 38 were also arrested under the Secret Society Act.