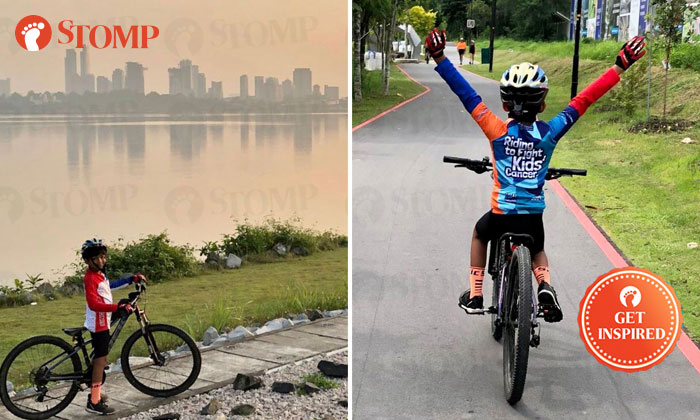 Eight-year-old Arjo Ghosh celebrated his birthday this month by cycling 119km around Singapore to raise awareness for children's cancer.

The boy's father, Avik Ghosh told Stomp the trip took over nine hours of cycling and close to 13 hours on the road.

"Always an avid cyclist, Arjo has nursed the dream of completing the round island since he heard about it when he was six and this was his second attempt," said Avik. 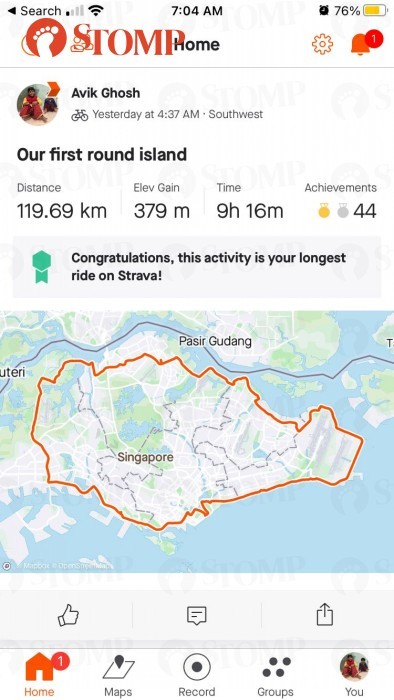 "He was always sure he would be completing it and to give himself a little bit of extra motivation he cycled not just for himself but to raise awareness around kid's cancer."

The Dover Court International School student and his dad committed to cycle 260km in October as part of the Great Cycle Challenge Australia to fight children's cancer.

On Oct 13, the father-and-son duo set off from the West Coast at 4.30am, traversing Jurong onward to Choa Chu Kang, Kranji and Woodlands. 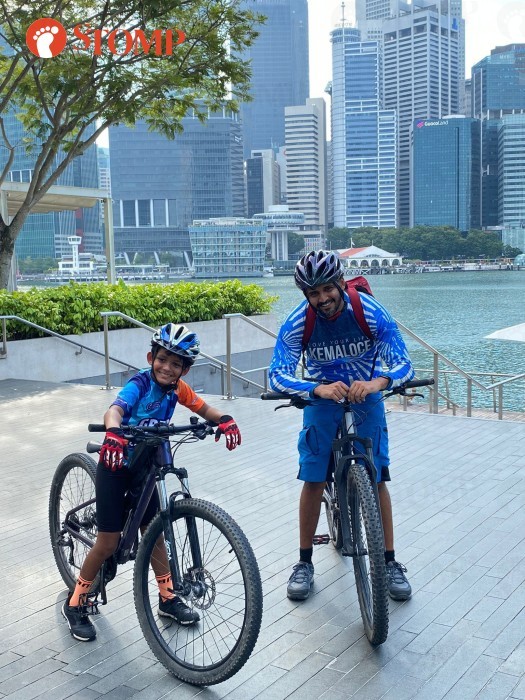 Going through Punggol and Pasir Ris via a network of park connectors, they met up with Arjo's mother for lunch.

"Light rain kept us company as we completed the stretch from Tanah Merah and East Coast, before going through Marina, Downtown and back to the home stretch of Telok Blangah Road to Pasir Panjang," said Avik.

Avik added that his son is more of a mountain biker and regularly tackles the trails at Kent Ridge with the Singapore Cycling Federation.

"He is an avid sports enthusiast playing football, cricket and swimming, but his true love is for any sport with wheels – skateboarding, inline skating and most of all cycling," his father said.

To date, Arjo has raised over $2,200 to fund children's cancer research.

"May his kindness continue to grow and inspire."