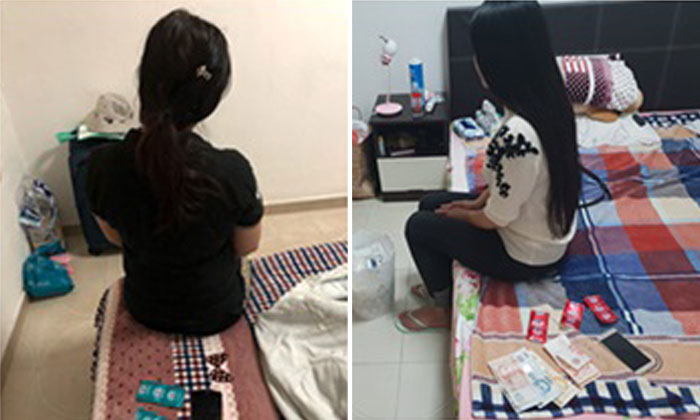 Fifteen men and eight women, aged between 27 and 41, were arrested during a week-long joint enforcement operation conducted from May 21 to 27 by the Ang Mo Kio Police Division and Central Narcotics Bureau.

During the operation, around 700 people were checked at more than 70 residential and commercial units in Yishun, Ang Mo Kio and Sengkang, the police said in a news release.

The eight women, arrested under the Women's Charter, were believed to be advertising sexual services online and operating within residential areas.

Cash amounting to $730 and 10 handphones were seized.

Fourteen of the men arrested, aged between 23 and 51, were arrested for operating a gambling den and participating in the games.

The other man, 44, was arrested for drink-driving at a roadblock.

Under the Common Gaming House Act, any person gaming in a common gaming house will be guilty of an offence and faces up to six months' jail and/or a fine of up to $5,000.

Anyone who instigates, promotes or intentionally facilitates public gaming can be jailed for up to three years and fined between $5,000 and $50,000.

The police said that they will continue to clamp down on criminal activities and those found engaging in such activities will be dealt with sternly in accordance with the law.