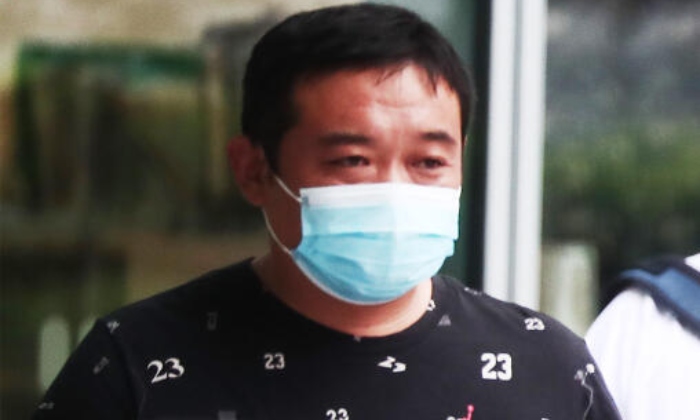 A 38-year-old man who claimed trial to offering $100 in bribes to three Traffic Police officers was on Monday (July 18) sentenced to eight weeks' jail.

Han Shaolu, a Chinese national, tried to bribe the officers in 2019 in exchange for letting him off after he was suspected of drink-driving.

He was convicted at the end of a five-day trial on three charges of corruption.

Han claimed that the cash he offered was meant as payment for a fine, but the prosecution proved that he knew his actions were corrupt.

At this point, Han took out two $50 notes from his wallet and his identification cards and waved them in front of the officers.

The officers called Sergeant Lum Zheng Yao to help translate what Han was saying. Sgt Lum understood that the $100 was an offer to SSgt Roslan and Sgt Shakir to "let him off and give him a chance", and "if $100 is not enough, (Han could) increase it to $150".

The officers' team leader, Assistant Superintendent of Police (ASP) Tan Jia Ming, was informed of the incident and went to the carpark to speak to Han.

ASP Tan asked Han if he had offered money to his officers, to which the accused said he did, adding that it was a trivial matter and asked to be let go.

Han even offered the $100 to ASP Tan, saying that $100 is not a bribe because in China, the amount had to be in the thousands of dollars before being considered a bribe.

ASP Tan informed him that in Singapore, even 20 cents would be considered a bribe but Han said the money was "kafei qian", or coffee money in Mandarin.

The breathalyser test results indicated that Han was still legally allowed to drive.

But he was arrested for bribery, and investigations found he was in a hurry to return to China the next day.

Deputy Public Prosecutor Samuel Yap said Han had a reason to ensure that his return to China was smooth and not impeded by any ongoing investigations against him.

"Seen in this context, the accused's true intentions at the material time become obvious," he added.

DPP Yap said Han's claim of giving the cash to the officers as payment for a fine was made for the first time at the trial despite various prior opportunities for him to say so.

"The accused's account is nothing more than an afterthought and should therefore be rejected," he added.

For each count of corruption, an offender can be fined up to $100,000 and jailed for up to five years.