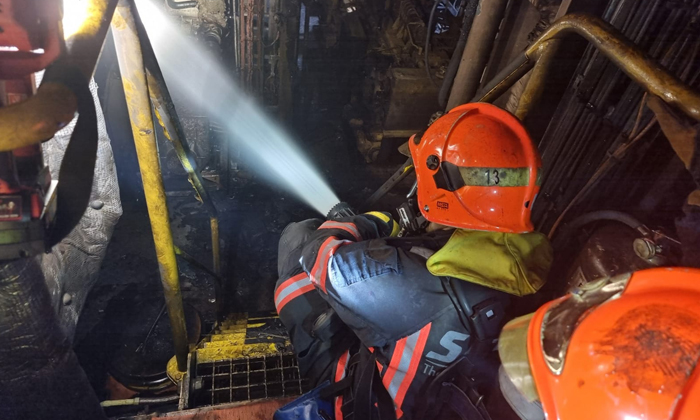 Eight people were taken to hospital after a fire broke out on a berthed tugboat at PSA Marine on Tuesday afternoon (July 20).

The Singapore Civil Defence Force (SCDF) said it responded to a fire at 70 West Coast Ferry Road at around 4.40pm.

Eight people on the tugboat had evacuated before SCDF's arrival.

Upon SCDF’s arrival, smoke was seen coming from the tugboat.

They located the seat of the fire in the engine room.

"A water jet was quickly set up to conduct firefighting operations and a key consideration was not to apply too much water that could affect the stability of the tugboat," SCDF added.

The blaze was extinguished within 20 minutes of SCDF's arrival.