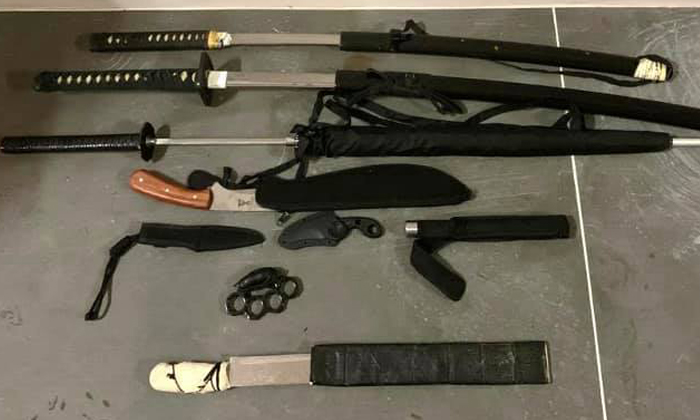 Eight Singaporeans have been arrested for suspected drug offences following a collaborative drug bust between the Malaysian and Singaporean authorities.

Two men, aged 44 and 45, were arrested by the Narcotics Crime Investigation Department (NCID) of the Royal Malaysian Police in Johor, while another six suspects, aged between 23 and 50, were arrested in Singapore by the Central Narcotics Bureau (CNB).

The six nabbed in Singapore are suspected to be linked to drug syndicates caught in Malaysia, the CNB said in a statement on Wednesday (May 27).

In collaboration with the Malaysian NCID, the CNB held simultaneous raids at five different locations in Singapore on May 18.

In total, the drugs seized by the authorities in Singapore comprised 43g of Ice, two Erimin-5 tablets and an Ecstasy tablet. They are estimated to be worth at least $4,300.

The man, 28, did not comply with lawful orders, so forced entry was used by the CNB officers. A total of 29g of Ice and two Erimin-5 tablets were found in the flat.

A second man, also 28, was arrested in a flat in Bukit Batok Street 34, after the authorities found some packets suspected to be stained with controlled drugs on him as well as an improvised drug-smoking apparatus in his flat.

Meanwhile, a 25-year-old man was arrested in a flat in Bukit Batok Street 51 after a small packet of Ice and an improvised drug-smoking apparatus were found in the unit.

Finally, a 23-year-old woman and a 26-year-old man were arrested in a flat in Kim Keat Avenue in Toa Payoh after one Ecstasy tablet was found in the man's room.

During the collaboration, the Malaysian police arrested 30 suspected drug offenders, including two Singaporeans, from May 15 to 22.

The alleged offenders were from drug trafficking syndicates suspected to have tried to smuggle drugs into Singapore through courier companies.

In a separate statement, the Johor police said the value of all the drugs and items seized in their operation totalled RM1,032,026.60.

The CNB said: "The arrests on both sides of the Causeway is a testament to the close cooperation between CNB and NCID."