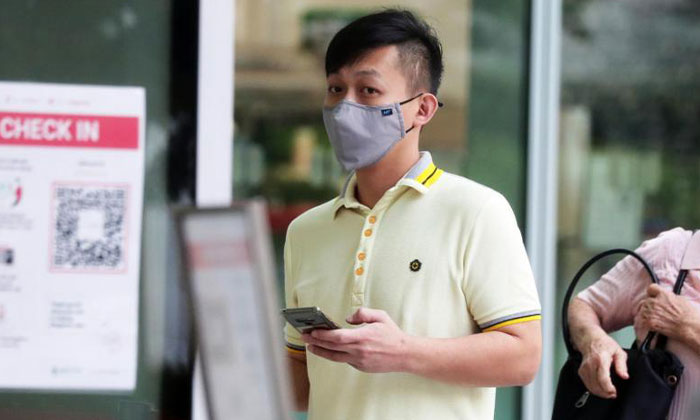 The last man linked to a case in which a drunk woman was raped in a Pasir Ris chalet was on Monday (Feb 21) sentenced to eight months' jail and two strokes of the cane.

While Yong Chun Hong, now 32, did not rape the unconscious victim, he molested her in a car while on their way to the chalet on Sept 17, 2018.

He had pleaded guilty last month to one count of molestation.

Yong, who was represented by lawyers Justin Tan and Chiam Yunxin from WongPartnership, was earlier given a discharge amounting to an acquittal over one charge of abetting the rape.

Yap Chun Chieh, 41, who raped the 24-year-old woman was sentenced to 12 years and three months' jail with 10 strokes of the cane in March last year.

He had pleaded guilty to one charge each of rape and outrage of modesty.

Tay Boon Huat, 29, who sexually assaulted the woman, was earlier sentenced to 10 years and three months' jail with five strokes of the cane.

Gan Soon Chai, 36, who filmed the incident on his phone, was jailed for 15 months and fined $20,800. Gan is Malaysian while the other men are Singaporeans.

A fifth man, who was the driver of the car, did not face any charges.

In earlier court proceedings, the court heard that at the time of the incident, Yong was working as a manager at Club V5 Tycoon at Ming Arcade shopping mall in Cuscaden Road.

Tay had earlier booked the chalet for his friends from the club to enjoy themselves.

Deputy Public Prosecutors Ng Yiwen and Niranjan Ranjakunalan stated in court documents that the victim and her friends arrived at the nightspot at around 3.35am on Sept 17, 2018.

About two hours later, the woman's friends got into a drunken dispute outside Club V5 with another group of people.

The dispute was later resolved and her friends left the premises, leaving her behind.

The prosecutors had said: "In her intoxicated state, the victim returned to Club V5 (with people including Yong and Tay) and continued consuming alcohol with them.

"At about 6am, the accused brought the victim, who was unable to walk on her own, to the female toilet, followed by the male toilet on level four of Ming Arcade, where he spent about 15 minutes alone with her behind closed doors."

At around 6.30am, Yong took the woman down to the first floor of Ming Arcade and passed her to Yap. He also told Yap to take her home by taxi.

Yong entered a car with his friends soon after. The men were on their way to D'Resort @ Downtown East in Pasir Ris when they spotted Yap and the woman at a taxi stand.

Yong then persuaded Yap to join them and the latter agreed. Yong also pulled the woman by her arm into the car.

The group were travelling towards their destination when Yong molested her.

Yap raped the woman while Tay sexually assaulted her when they reached the chalet.

At about 9am, Yap helped the woman get dressed and took her home in a taxi.

He then touched her breasts at the hotel. At about 7pm, the woman was startled to wake up next to a stranger.

She paid for the room after Yap told her it cost $70. They then went their separate ways.

That night, the woman went back to the club to talk to a friend about the incident and recognised Yap. Days later, she approached Yap, who apologised for having sex with her.

She eventually told her mother about what happened and made a police report.

On Monday, the court heard that Yong may be appealing against his sentence. He has been offered bail of $140,000.