8 men arrested for unlawful entry and overstaying in Singapore 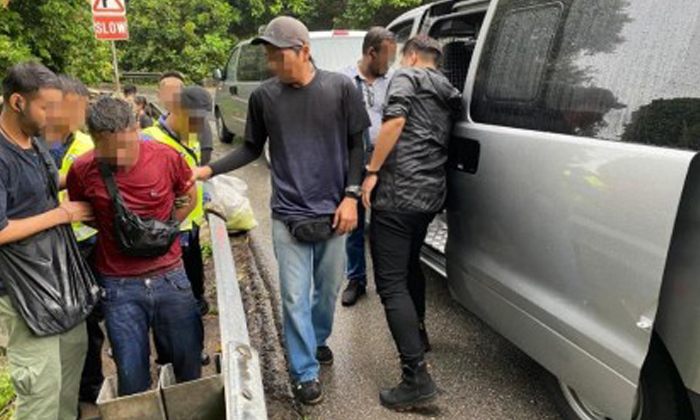 Eight men, aged between 22 and 37, were nabbed in a multi-agency joint operation conducted last Thursday (Apr 2).

The operation, which was led by Jurong Police Division and supported by officers from the Immigration & Checkpoints Authority (ICA) and the Singapore Customs, covered the forested areas at Bukit Timah Nature Reserve.

The eight men were handed over to ICA for further investigations.

"The police and ICA take a serious view of attempts to overstay, enter or depart Singapore unlawfully," the statement added.

Under the Immigration Act, the penalties for overstaying or unlawful entry are a jail term of up to six months and at least three strokes of the cane.