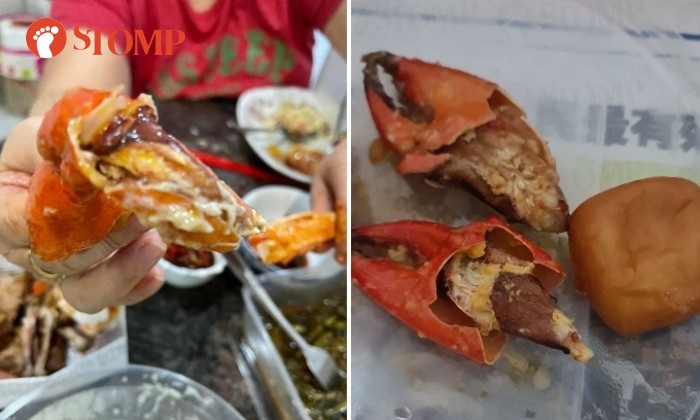 Three customers who ordered from 8 Crabs on January 1 to ring in the New Year were disappointed that their feasts were not up to standard when they received 'watery' crabs that they believed were not fresh.

Following the underwhelming meals, they voiced their concerns on 8 Crabs' Facebook page in hopes that the quality of crabs would be improved.

But much to their chagrin, their reviews on the Facebook page were deleted and they were blocked, preventing them from messaging the company or even commenting on their posts.

Stompers Eileen, Charles and Jack shared their frustration to Stomp and said that they never expected a company to react so negatively to genuine feedback.

Eileen told Stomp that it was her first time ordering from 8 Crabs and was excited to do so as she had seen many celebrities recommending it on Instagram. 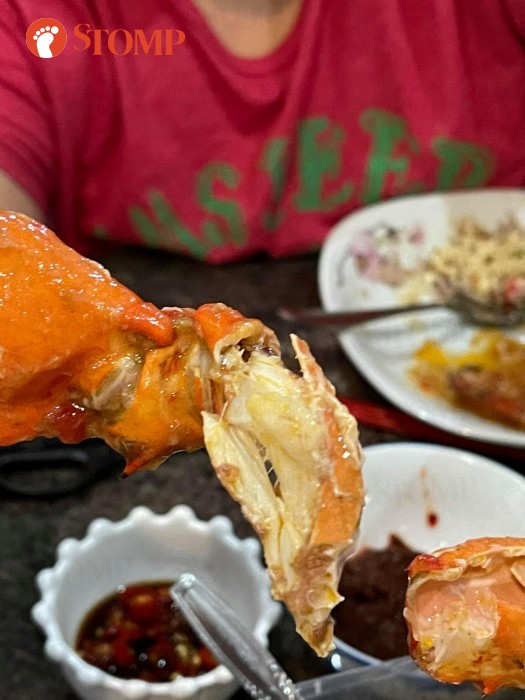 "I wanted to order it for New Year's Eve but all the slots were full. So I opted for New Year's Day dinner instead. I was looking forward to the meal at first but now that I've tried their food, I think everyone should go to other places to eat crabs," Eillen said.

"On their website, they said their crabs are tastier, bigger and meatier and that they would never serve sub-par quality crabs to their customers.

"But what I received was the exact opposite of what was advertised. The shell was big, but the crab meat did not justify its size. The quality of meat was bad, it was soft, flaccid and a little watery. Any crab lover would know that this kind of crab is no good."

"Not only did they delete my post on their page, they blocked me. I was so shocked! So, I emailed them and they replied me to apologise about the poor food quality. They didn't mention why they blocked me and deleted my comment, though," Eileen said.

"They also gave me a $60 food voucher which I will not be using. Using it would mean that I accept the way they handled this situation, which I don't." 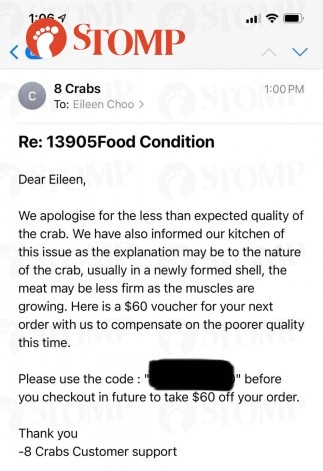 Charles, who ordered from 8 Crabs to celebrate the New Year and his mother's birthday, said he was extremely disappointed with the food, adding that the crabs were 'mushy' and 'not fresh'. 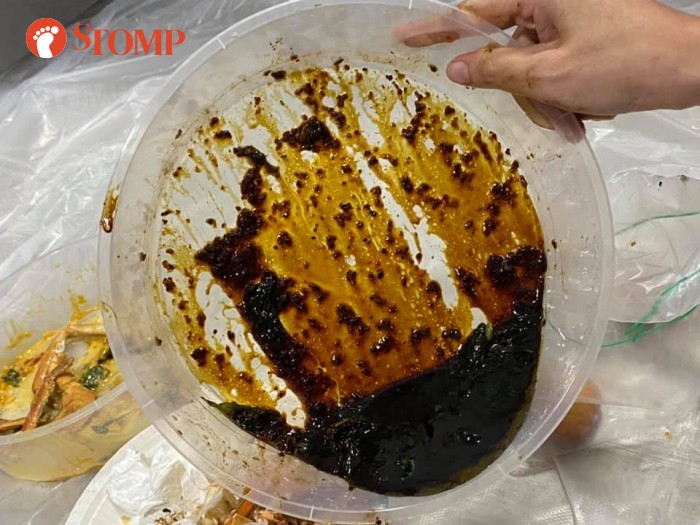 (Photo of the chilli crab sauce, sent by Stomper Charles)

"Yes the crabs were bad, but the sauces that came with it were bad too! The chilli crab sauce? I was speechless when I ate it," Charles told Stomp.

"When my sister and I left reviews on their page, we got blocked and the reviews were deleted.

"Then, they messaged me on Facebook to ask for my order number, but I couldn't even reply because I was still blocked!"

Charles added that he subsequently emailed them, and that they refunded him half the order amount. 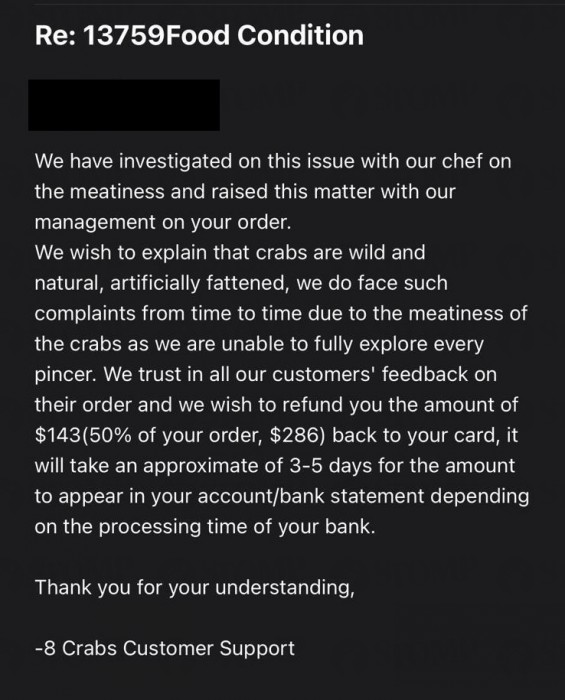 "I don't even care about the money anymore. Their business ethics are just not right," Charles said.

The third customer, Jack, shared his experience too, stating that the size of his crabs were "not even the size of a man tou". 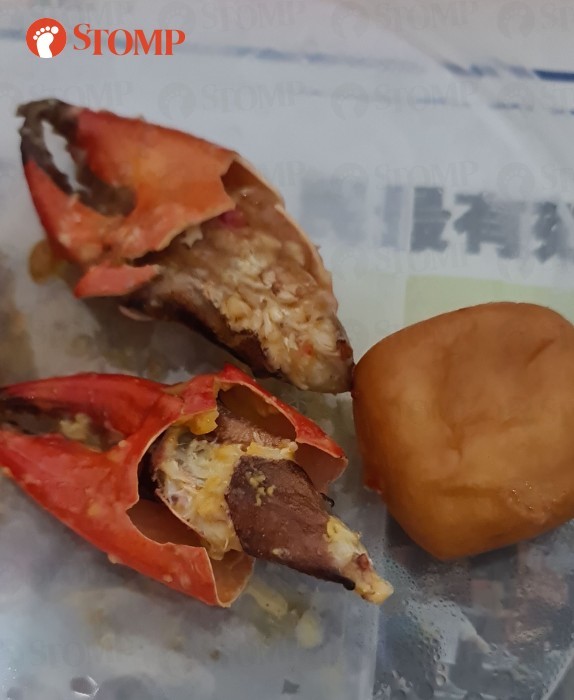 "I left my review on their page after my meal and guess what? It got deleted and I was blocked," Jack said.

"In the end, I messaged them via WhatsApp and they said they will check, but they never got back to me after that.

"They also did not give me a refund nor did they compensate me for such a terrible experience. What a 'crabby' way to start the New Year!" 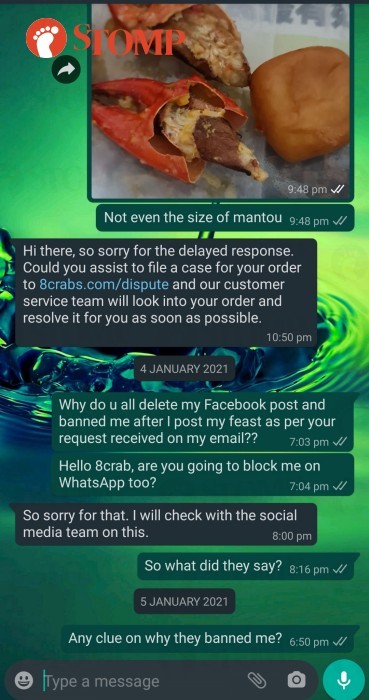 Stomp contacted 8 Crabs for more information on Jan 7 and Jan 12 but did not get a response by press time.