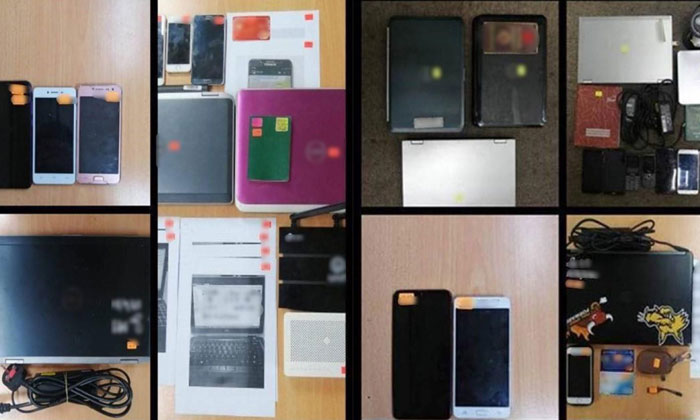 Eight people have been arrested after the Singapore and Malaysia police worked together to cripple a transnational Internet love scam syndicate based in Malaysia.

Malaysian police arrested six Nigerian men and one Malaysian woman, aged between 20 and 46, in simultaneous raids in two locations in Kuala Lumpur, while a 57-year-old woman was arrested here.

A 34-year-old man was investigated for allegedly assisting in the transfer of the syndicate’s criminal proceeds.

The Singapore Police Force said in early February 2021, a female victim lodged a police report stating that she could have fallen prey to an Internet love scam.

She revealed that her online boyfriend, whom she had been dating for a year, had purportedly sent her a parcel containing a handbag, shoes and other accessories.

She subsequently received a phone call from a purported Malaysian "delivery company" that allegedly requested for $1,000 to be transferred to a bank account as delivery charges.

After making the transfer, the deliveryman allegedly claimed that he did not received the money and asked for further payment in cash.

The deliveryman was unable to provide information on his company and address when the victim had probed further.

Sensing something was amiss, she reported the case to the police.

In collaboration with the Commercial Crime Investigation Department (CCID) of the Royal Malaysia Police (RMP), the Singapore police found the syndicate was based in Malaysia.

On June 23, officers from the CCID conducted the raids in Kuala Lumpur.

The woman who was arrested in Singapore will be charged on Tuesday (June 29) with money laundering and faces up to 10 years' jail and/or a fine of up to $50,000 if convicted.

Mr David Chew, director of the SPF's Commercial Affairs Department, said: "Notwithstanding the global lockdown in response to the pandemic, criminals continue to prey on the unwary.

"They have ramped up their abuse of the Internet to target victims across international boundaries."

The police advised members of the public to be careful when befriending strangers online.

"They should also be wary when asked to send money to bank accounts of people whom they do not know."

For more information on scams, members of the public can visit scamalert.sg or call the Anti-Scam Hotline on 1800-722-6688.

Anyone with information on such scams can call the police hotline on 1800-255 0000 or submit information online at http://www.police.gov.sg/iwitness.

Related Stories
Woman falls victim to multiple scams: At least $100k lost since August 2020, but banks still loaning her money
Woman took over $1.4m from company she worked for and 91-year-old friend with dementia
Woman cheated mum's friend of nearly $50k after claiming she could help her find husband
More About:
love scam
scam