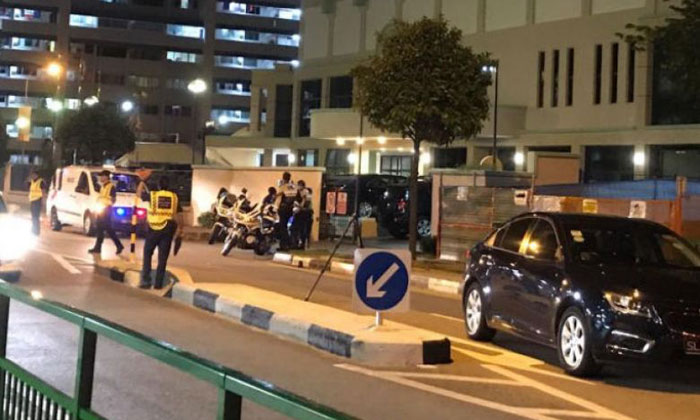 A 75-year-old man died in hospital after he was allegedly hit by a car while crossing a road in Tampines on Aug 10.

According to The Straits Times, the accident happened at the intersection of Tampines Avenue 3 and Tampines Street 81.

A police spokesman said that they were alerted to an accident involving a pedestrian and a car at 7.01 pm on Aug 10 and that an elderly man was unconscious when taken to Changi General Hospital where he subsequently succumbed to his injuries.

An eyewitness told Shin Min Daily News that he heard a large sound and saw that the victim had been hit by a black car.

Xu Yangyi, 74, who works as a cleaner at a coffee shop nearby said:

"I rushed over to look and realised that the person who had been knocked over was my old friend of over 30 years.

"He had just gone to the toilet at the coffee shop and was crossing the road when this happened."

He leaves behind three sons and four grandchildren.

According to Madam Toh, one of his sons went past the scene of the accident and saw an ambulance but assumed the accident involved a student from the nearby school.

"He never expected to get the news later that it was his own dad," she said.

She added that the family is struggling to accept her brother's death and are appealing for witnesses to submit any video footage from dash cameras so that they can understand what happened that night.