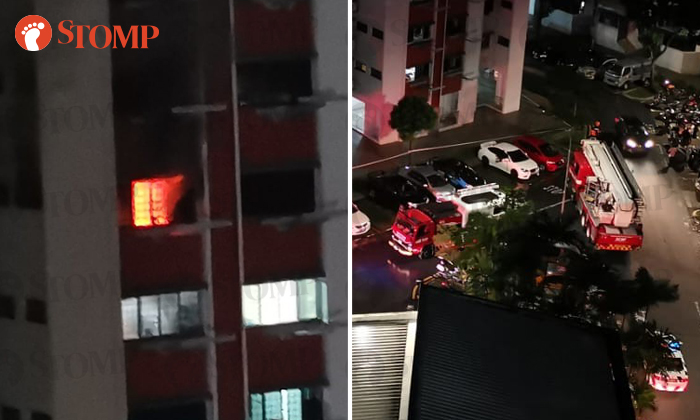 A total of 75 residents were evacuated after a fire broke out in a flat at Block 104 Woodlands Street 13 on Sunday night (Dec 15).

Stomper Jun Ze said he was alerted to the incident after hearing someone shout, 'Fire!'

Photos that he submitted show orange flames engulfing a room, as well as police cars and fire engines at the foot of the block.

In response to a Stomp query, the Singapore Civil Defence Force (SCDF) said it was alerted to the fire at around 8.35pm.

The fire, which involved the contents of a kitchen, was extinguished by the SCDF using one water jet.

An SCDF spokesman told Stomp: "A total of 75 residents from levels nine to 12 were evacuated.

"Preliminary investigations indicate that the cause of the fire is unattended cooking."

Stomper Shah also sent a photo of the fire's aftermath, showing smoke emitting from the unit. 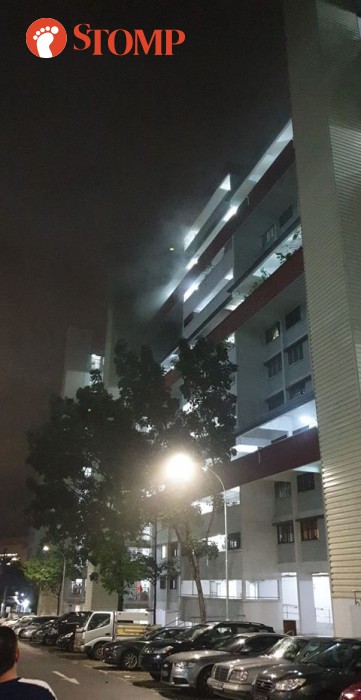