73 arrested in 7-day operation against vice activities, public gaming and more at Geylang 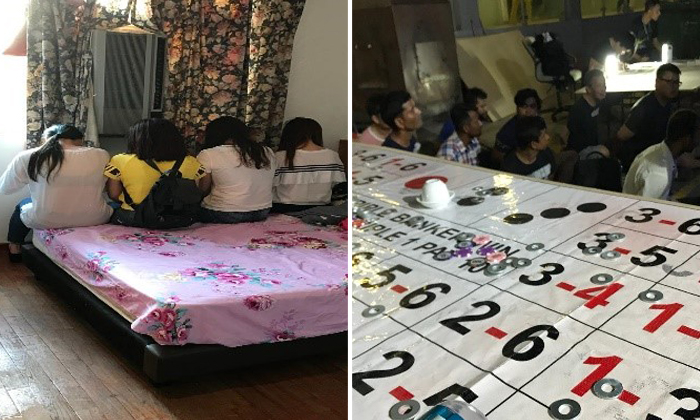 A seven-day operation conducted in Geylang by multiple agencies led to the arrest of 73 people, aged between 19 and 69.

In a news release, the police said that 15 women, aged between 22 and 50, were nabbed for offences under the Women’s Charter.

Four of these women and a 22-year-old man were arrested for offences under the Immigration Act.

Another 56 men and a woman, aged between 19 and 69, were arrested for various offences which included promoting public gaming, gaming in public, and being a member of an unlawful society.

Contraband cigarettes, cough mixtures, and illegal medicine were also seized during the operation. Their total street value amounted to around $10,515.

Commander of Bedok Police Division and Assistant Commissioner of Police Tan Tin Wee expressed his appreciation to all the agencies involved for their strong support.

He also commended the officers for their professionalism and excellent teamwork which led to a successful operation.

View more photos from the operation in the gallery.