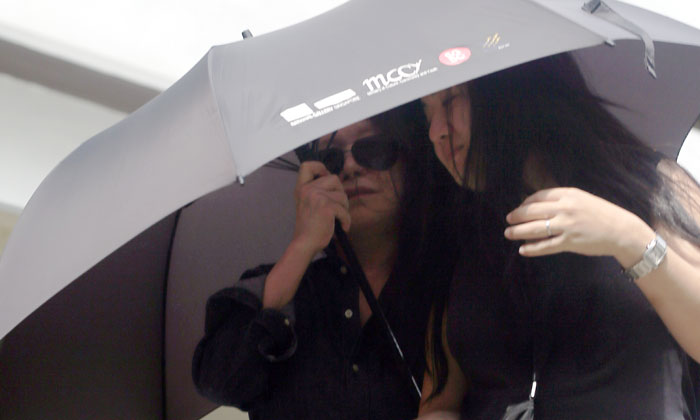 A 72-year-old woman has been accused of hurting a 39-year-old man after allegedly punching him in the face, causing him to suffer a cut above his eyebrow.

The incident happened on Feb 25, 2014 along Telok Ayer Street.

The court heard yesterday (Jun 5) that the woman, Shi Ka Yee, was driving her red Ferrari when she started shouting and sounding her horn at Mr Chong because he was "blocking" her way, reports Shin Min Daily News.

Mr Chong, was in his BMW waiting for a parking space at the time.

He said that the lane was very wide and that "even a tour bus could pass" so he did not move.

Shi reportedly grew angry and got out of her car to scold him and take photos of him with her mobile phone.

He then told her: "Don't know how to drive, don't drive a Ferrari."

This provoked Shi to allegedly punch him on the right side of his forehead.

Since she was wearing rings on her fingers, the punch also caused a cut on Mr Chong's forehead.

He reported the incident to the police after she drove away.