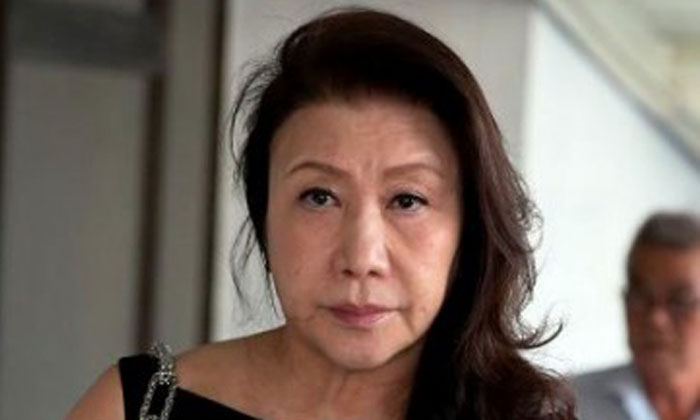 A 72-year-old Ferrari driver accused of punching a man in 2014 admitted in court yesterday (Jan 29) that she had assaulted him.

However, Shi Ka Yee told the court that she had slapped Raphael Chong Yen Ping, 39, and had not punched him.

In previous reports, Shi was driving her red Ferrari when she started shouting and sounding her horn at Chong because he was "blocking" her way at Telok Ayer Street.

He refused to budge, saying that the lane was wide enough for her to pass which made her get out of her car to confront him and to take photos of him with her mobile phone.

He then told her: "Don't know how to drive, don't drive a Ferrari."

This provoked her to allegedly punch him, causing him to suffer a cut on his forehead because she was wearing rings.

Shi told the court that Chong was parked on a double yellow line and was sitting in his BMW smoking, reports Lianhe Zaobao.

He gestured at her to drive past him but she was worried that squeezing through the small space would scratch her car.

She then took photos with her phone in case she needed to claim insurance.

She said that Chong then ridiculed her and said her driving skills were poor and then started abusing her with vulgar language.

""I was very stunned, shocked and humiliated... He was not a respectable gentleman. My instinct was to give him a slap (and) I did."