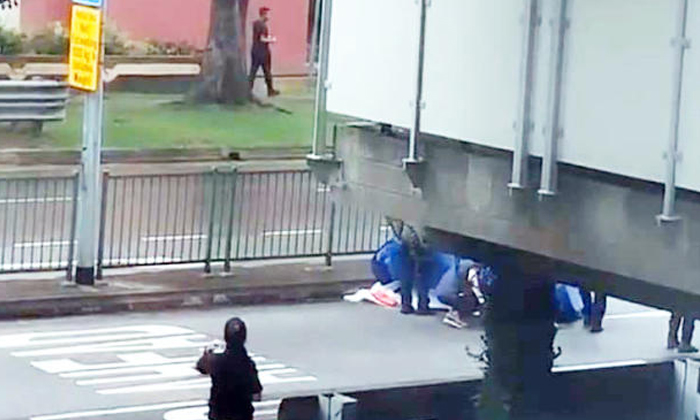 A 71-year-old woman was found dead at the foot of an overhead bridge near Block 128 Lorong Ah Soo on Thursday afternoon (June 13).

Responding to a Stomp query, the police said they were alerted to the case of unnatural death along Lorong Ah Soo, towards Upper Paya Lebar Road, at 3.10pm.

The elderly woman was found lying motionless at the said location and pronounced dead by paramedics at the scene.

According to Lianhe Zaobao, the woman had been wandering about on the overhead bridge for more than 15 minutes, though it is unclear how she fell.

A resident told Zaobao that it was raining at the time of the incident and that he was shocked when he suddenly heard a loud noise.

The resident, who declined to be named, said: "I thought something had fallen and went to my window to take a look, only to realise that a woman was lying on the road below the bridge.

She was unmarried and lived with her older sister at Block 128.

Mdm Chen's grand-niece said her family was worried when Mdm Chen did not return home that evening as she would usually prepare dinner for everyone.

They only learnt of the tragedy when police turned up at their door at around 8pm.